Roddy Radiation Announces He Is Leaving The Specials 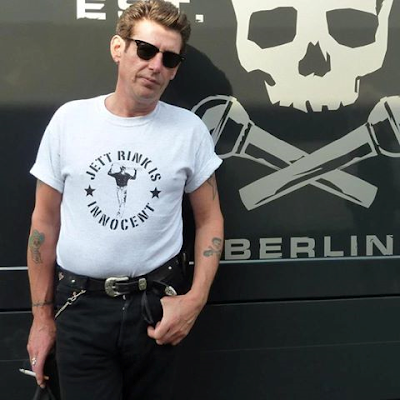 Roddy Radiation, the iconic guitarist of The Specials, has announced he is leaving the band to focus on his band The Skabilly Rebels and other solo projects. A statement he shared exclusively with The Coventry Telegraph read:

"Roddy 'Radiation' Byers has left the band too concentrate on his solo career. He will be appearing as a special guest on Dave Wakelings 'The English Beat' UK tour in March."

The departure of Byers follows on the heels of frontman Neville Staple who left the band last year, leaving original members Terry Hall, Horace Panter, John Bradbury and Lynval Golding as the four remaining original members of the band. The Specials announced they will be appearing at the Isle of Wight Festival this summer.
Posted by Marco On The Bass at 11:50 AM

how much longer can they call themselves the specials now they are missing 3 original members?