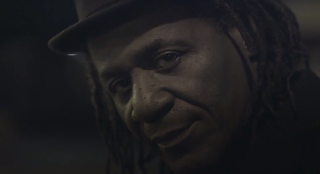 Neville Staple has released a video for “Road Block” from his forthcoming solo album "Ska Crazy" due out on May 13th on Cleopatra Records.

The video features the former singer of The Specials walking around a series of empty streets in a working class neighborhood in Coventry while two street gangs battle each other. The song  laments the violence and despair that still plagues inner cities across the U.K. — touching visually and sonically on the band's 1981 hit “Ghost Town.”

Staple and producer Rory Nolan wanted the video the reflect the reality of life in Coventry.  According to Nolan:


“The actors were aware of the potential confrontation with other known gangs while filming. But everyone agreed to take a risk and work with it for Neville. We had a plan if anything kicked off and I was glad the actors I’d taken on board shared the same fearlessness as I was taught growing up. Having Neville and MC Daddy Woody walking around the set gave an air of confidence and respect to the square that left us to film freely, something I never would have imagined happening walking this square as a kid.”