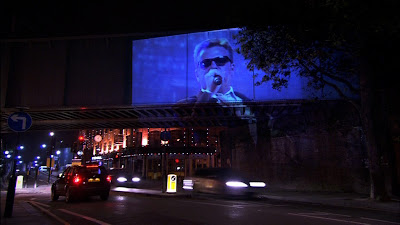 What a year 2009 is shaping up to be for fans of The Specials and Madness. As The Specials gear up for their UK tour which kicks off next week, Madness fans are just now receiving their copies of 'The Liberty Of Norton Folgate" box set in their mailboxes. Now news that Julien Temple’s film version of 'The Liberty Of Norton Folgate' is complete, and will be screened at the London Independent Film Festival on Friday April 17th. Muliti-award winning director Temple (Joe Strummer, The Filth and the Fury) is an icon of the British film making scene, and widely regarded as one of the world's foremost music documentary filmmakers.

The Liberty of Norton Folgate was shot with a minimal crew on a low budget. A true indie pic all the way. The screening of the film is from 9 to 10:15 pm after which Temple and members of Madness will be do a questions and answers session for one hour. If you live in London or will be in the city this Friday you can still buy tickets here.

According to the London International Film Festival Web site the movie was filmed in London's Hackney Empire and will tell tales of a city born in blood, mud and immigrant dreams. The inherent pop sensibility of Madness is woven through a sinuous journey of cultural reference and influence, to deliver a truly new chapter of pandemonium! Join artistes, musicians, orchestral ensembles, top hatted scoundrels, pearly kings & queens, ladies of the night and hundreds of dancing, skanking Londoners on a journey through Madness's musical past, present and future, culminating in a celebration of difference, of variety, and of the human spirit – a slice of urban magic.

Temple has also released a statement about the film: Madness are about to release a new album after 16 years, which consists of an interrelated, song cycle about London called 'The Liberty of Norton Folgate'. Although the songs are on one level about different areas of London, they focus musically on the waves of immigration to the city - Irish, Jewish, Caribbean, Asian etc and the musical legacy they have contributed to the city.

Although a concert film, it hopefully has more ambition than the genre usually allows. We mounted the concert at the Hackney Empire and tried to create a show with powerful connections to the grand Music Hall traditions of the place, reaching back to Marie Lloyd and Dan Leno, situating Madness where they belong, clearly within a uniquely English Popular Musical Culture with its roots in the Victorian period.

To achieve this, Music hall and old London Street characters were placed within the audience reacting to the show and at times, performing on stage with the band. Working with the East London artist collective Legun, we created complex projected images to accompany each song which reflect the evolving history of popular London culture. These played behind the band, commenting on and provoking questions about each song.

Weaving through the concert, Suggs and Carl, take us back in time to the London of Karl Marx and Jack the Ripper. Humourously introducing the subject of each song, they take us on a tour through the psycho geography of the Old East End, Spitalfields, Smithfield, Wapping, Bethnal Green, ending down on the beaches of the Thames beyond Tower Bridge.

Finally, once we had an edit of the concert we took the film out on to the streets at night and re-film edit, projected on walls, pavements, textures, bridges, alley ways, old cinemas, musical halls and pubs etc. As a result the concert reaches out into the city, allowing Madness to perform their songs about London's past on parts of the city which have survived into the present, to a passing flow of modern Londoners below.

If you happen to see the film, please share a review here.
Posted by Marco On The Bass at 3:28 PM

I can't believe i hear this too late, and not even on local news !!! WTF! Was at this gig at the Hackney Empire, what a rocker. The whole set up was perfect, even the unknown 1st half set-list sounded like an old friend. Great, looking forward to Madstock now.... if only the new promoters would actually say something (i got mine through Trinity, now gone bust)

Yes, I was a bit surprised there was not more promotion about the film. Wish I was able to see it as well but I suspect it will find its way on to DVD.

Definitely visit Madness Central web site. There is information about Madstock tickets purchased by the vendor that went out of business.

Saw this on BBC3 a couple of nights ago - really loved it - suggs live vocal performance is as croaky as ever (first saw them in 1981 and he couldnt sing then either lol) - but genrally fantastic show - the film of london woven into the concert is evocative and moving and the introductions to the songs by suggs and chas add a lot of depth to the lyrics. The music hall connections are interesting - Ive often thought about how strong the victorian / edwardian tradition is in so much british pop, the idea of songs as vignettes or small tales of life rather than just "ooh baby i love you" runs through so much British pop from Mod punk ska indie and britpop. Rant rant - great film though.