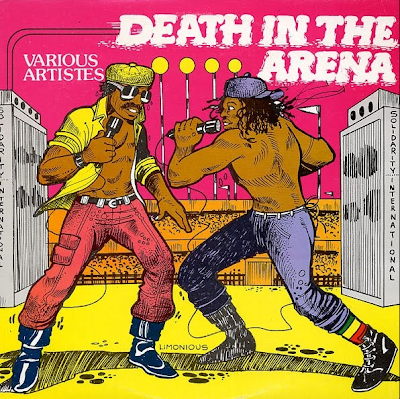 Album art and design remains a personal interest and passion of mine and some of my favorite interviews on this blog have been with artists like John 'Teflon' Sims (who designed a good deal of the 2-Tone album and single covers for The Specials, The Selecter and more) and Bob Fingerman (who designed album art for The Toasters). I recently discovered a treasure trove of Reggae and Dancehall LP artwork by graphic designer Wilfred Limonious who created the colorful, hand drawn, comic book style album covers for a majority of the Dancehall reggae albums released in the 80's and 90's.

Just who is Wilfred Limonious?  According to a web site which is archiving most of his work, Limonious was a graphic artist who created many of the most memorable Jamaican LP covers of the eighties and early nineties. His work remained relatively unknown outside of Jamaica because most of these records were never released internationally. Reggae and Dancehall aficionados frequenting vinyl import stores around the globe however often keep fond memories of these rare records not only due to the music but also because of Limonious' vivid and often hilarious illustrations. Digging deeper into the crates one will also find examples that go beyond the often cited cartoon characters. Particularly his hand-made renditions of those geometric shapes that were ubiquitous in the eighties have a charm of their very own. Unfortunately very little information can be found about Limonious on the web and its sadly rumored that he passed away in the early 2000's.

Like most notable album artists, Limonious has a unique style and approach that is closely identified with a specific time and place in reggae music history. Dub poet Mutabaruka said of the 80's rise of Dancehall, "if 1970s reggae was red, green and gold, then in the next decade it was gold chains".  As digital reggae took Jamaica by storm in the mid-80's and artists embraced 'slack' culture, the album art they selected to represent them was evocative of the message in the music -- boasting, dancing, sex, money and violence. As the WFMU radio blog pointed out, 'On the one hand, Limonious was a kind of Caribbean Russ Meyer, seemingly obsessed with large breasts and very adept at portraying them in colorful attire. On the other hand, he was a skilled caricaturist whose portraits of reggae/dancehall stars like Frankie Paul, Sugar Minott, Augustus Pablo, General Trees, Early B, Carl Meeks, Charlie Chaplin, Coco Tea, Barrington Levy, Half Pint, Willi Williams, Yellowman, are not without real wit.'

Though Limonious may no longer be with us, his unique and colorful album covers live on.  Have a look at a few of my favorites and visit the archive for a deeper dive. 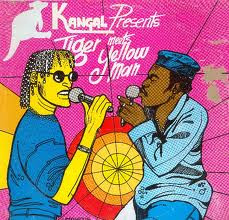 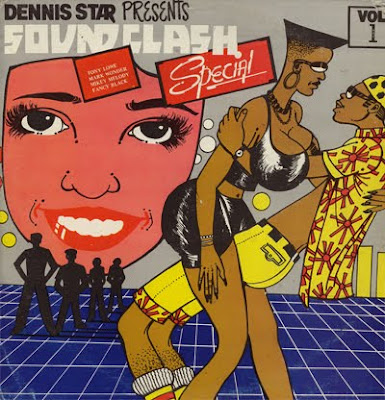 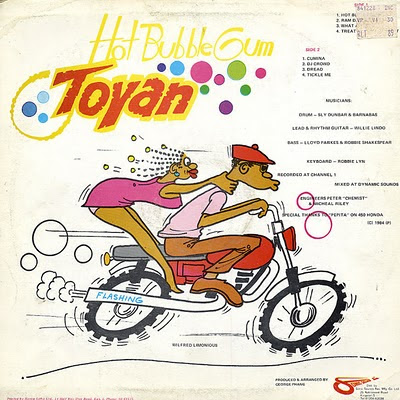 Greetings from Mexico city, add us to your favorite blogs http://rudeboyclandestino.blogspot.com/

I've always loved the Stalag 17, 18, and 19 album art. Now I know who made it. Django has a few records we bring with the merch rig with covers by him.