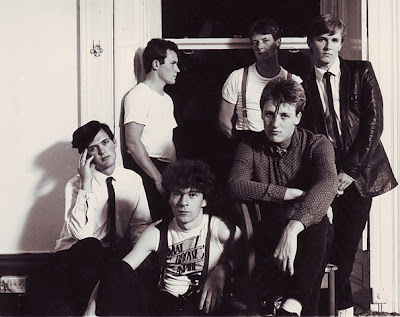 The Rimshots were Bristol's very own 2-Tone era ska/pop band. Like Birmingham in the Midlands, Bristol in the West County has had a long musical legacy and history of embracing reggae and ska music. The city has historically had a large Jamaican and West Indian immigrant community and many black and white musicians have lived, worked and performed music together.

The members of The Rimshots were suburban kids who lived outside the Bristol city center who met at school in the late 70's and were caught up in the wave of reggae and ska music they heard pumping out of Sound systems and on their radios. However the band (like their 2-Tone era contemporaries The Ammonites from Brighton and The Akrylykz from Hull) were ultimately unable to break out of their hometown music scene and remain an undiscovered gem of the 2-Tone ska era.

The band, whose sound is notable for its talented drummer and unusual keyboard riffs offset by the singers flat vocals, recorded their very first demo at a studio near Bristol and mailed it off to The Beat in Birmingham who had recently signed with Sire Records and also started their own label G0-Feet. While the demo didn't get them signed to Go-Feet, it ended up securing them a support slot with The Beat at the Bristol Locarno in front of a full house – 1,500 people - and the band were quickly a household name in their hometown. Almost immediately after the gig with The Beat, the band secured a singles deal with the Bristol-based Shoc Wave Records.

Shoc Wave was a label that had been releasing records by Jamaican-bred reggae bands and was very different from any label in Bristol (or the U.K.) at the time, releasing albums from bands of a variety of many genres including Reggae, Dub, Native Dominican music, Disco and Ska. It was this openness that led the label to take a chance on five middle class white kids playing 2-Tone styled ska. They promptly recorded a two track single ‘I Was Wrong / Stuck in a Boat’ for the label. 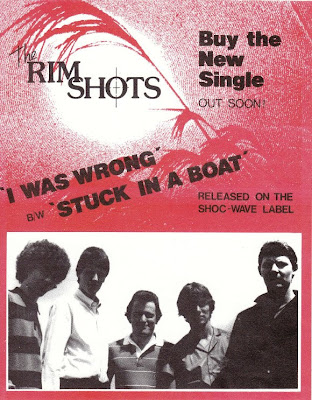 Through the owner of Shoc Wave Records they ended up with regular support slots for Black Roots and Talisman, who were Bristol's premier Reggae acts of the time. The band also managed to play some shows in London and support The Bodysnatchers, Hazel O’Connor as well as more shows with The Beat. The band recorded a second single ‘Little Boys and Little Girls / At Night’ which was released on Spectro Records and recorded a track for a Circus Records compilation album. The band went their separate ways in early 1981 with a few of the band members forming notable Bristol band Blue Aeroplanes.

Until recently the band's recorded output was limited to these hard to find singles. Now thanks to the work of the Bristol Archive Records the band's entire recorded history (singles, demos and live tracks) is available including 'Little Boys & Little Girls' which is a four song EP and 'Spitting Out Sparks' which is a compilation of 11 songs from their brief career.

Below is a download of the songs 'I Don't Wanna Be The Hero' and 'Can You See Me' from the 'Spitting Out Sparks' release which should give you a sense of their driving 2-Tone sound with a organ that sounds like it was lifted from The Stranglers as well as a guitarist who has some of Roddy Radiation's bluesy licks. You can purchase the band's entire catalog on iTunes or eMusic.

The Rimshots - I Don't Wanna Be The Hero

The Rimshots - Can You See Me
Posted by Marco On The Bass at 3:22 PM