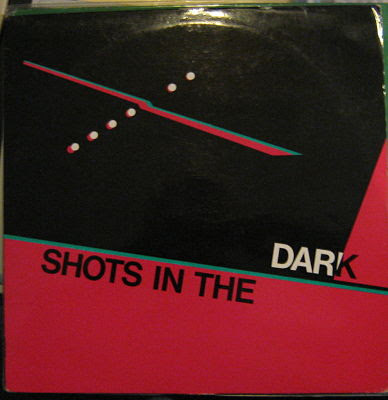 Part of the joy of blogging about music is the process of discovering a band, an album or song that may have been buried or forgotten by time. I liken the search and discovery to a form of musical archaeology. Its even more gratifying when you come across something totally unexpected, which suddenly captures a time and place so definitively that you are immediately transported back there just by listening. I'm a nostalgia junkie and I'm forever looking for bands and sounds that bring me back to the time I first discovered ska, punk and new wave -- 1981.

Thanks to Jeffen at Music Ruined My Life I recently had that experience again. He posted about a fantastic compilation called 'Shots In The Dark' which is a treasure trove of deeply obscure UK ska circa 1981. According to Jeffen, "This collection, on which each band got two songs, may as well have been sub-titled 66% British Ska. Of the six bands here, The Graphics, The Magnetics, The Mystery Guests and The Stares all borrow heavily from the scratchy rhythms of Two-Tone era ska, The Specials in particular (but with some Clash and Police nicking as well). "

The compilation was the brainchild of Laurie Mellor, who embarked on an ambitious project to create a compilation album that highlighted some of the best Christian bands around but to aim them at the mainstream. A radical idea for the day! Religious message aside (and some are quite overt) the record captures the incredible impact that 2-Tone ska, The Clash and The Police was having on bands all over the UK. As a result The Graphics' 'Just A Balloon' is notable for its punky reggae feel that recalls the very early sound of The Police while The Stares' 'Pseudo Love' has the feel of much second division UK ska that I love. Its a bit rough around the edges but lovable nonetheless. Infectious also sums up The Magnetics 'Not My Home' which sounds like it could have been taken from either the first Madness or Bad Manners LP.

If you are a fan of 2-Tone era ska or enjoy hearing bands who were active during those years but did not enjoy the recognition they may have deserved then I recommend giving the album a spin. Enjoy!

Track listing:
The Graphics - Don't Stop
The Stares - Pseudo Love
Crowd Control - There Are Houses
Mystery Guests - Take A Look At Yourself
The Predators - He Thinks He Knows Me
The Graphics - Just A Balloon
The Magnetics - Passin' Thru
The Predators - Plastic Surgeon
Crowd Control - Treason
Mystery Guests - So Misunderstood
The Magnetics - Not My Home
The Stares - Joe

Shots In The Dark Compilation