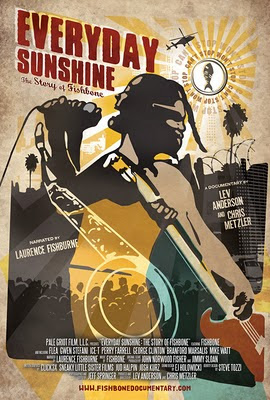 I don't even know what to say that hasn't already been said about Fishbone. They remain, hands down, one of the best live bands I have ever seen and one of the best American bands of all time. As one of the only African-American bands (as opposed to acts) to emerge from the 80's (along with Living Colour), Fishbone were a uniquely American cultural and musical phenomenon. They exploded out of the Los Angeles music scene of the early 80's with ska as the foundation for their early sound. They quickly expanded their musical palette to include everything from punk to funk to metal to rock into a unique and uncompromising musical stew. Poised to break-out of the alternative music scene of the early 90's they were confronted by a variety of forces that conspired against them. First, a music industry that seemed confused by and unwilling to market them to a wider mainstream audience. But the band also suffered from a self-inflicted destructive streak that often ended up taking them one step forward but then two steps back. Despite some uneven albums and a shifting range of personnel and personal problems, their live show always remained free of the ongoing ups and downs they endured. Whatever problems they might be having, they left it off-stage or used it to fuel an even more energetic and intense performance. The show always went on! 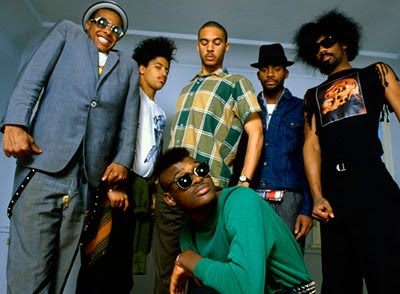 The band's trial and tribulations have been documented in the sublimely beautiful film 'Everyday Sunshine: The Story Of Fishbone' which is finally having its New York theatrical opening this weekend at the reRun Gastro Pub Theatre in the Dumbo section of Brooklyn.  The filmmakers Chris Metzler and Lev Anderson will be joined by band members Angelo Moore and Norwood Fisher to answer audience questions after every show this entire weekend. Tickets for the limited one week engagement are only $7!  If that wasn't fantastic news, the band will be playing live at the theater on opening night this Friday October 7th!  Get tickets for all showings here!  Read a review of the documentary from the New York Times here.

I was lucky enough to be able to see a preview of the documentary when it was screened during the CMJ Music Marathon & Film Festival in New York City last October and to interview the filmmakers who produced it. The warts and all film traces the history of the band from their early days as high school friends who start a band, blow up big, attempt to conquer the musical world and then run into musical racism, fight with one another, lose members, replace members, continue to carry on and influence a generation of musicians and bands in the process. It's a must see. Watch a clip below:

Gonna take my son to see this film!

Can't wait to see this. Saw Fishbone live a month ago in Pradiso, Amsterdam, they still had it, I 'll go and see the again anyfay. It's a shame they never were the biggest band in the world... Truth&Soul is still a clssic in my book.

Nice one marco
Ooh lookin forward to this!

Catching this tonight in DC. Theres suppose to be a live performance following the show!

Enjoy it Matt C. Its a great doc!