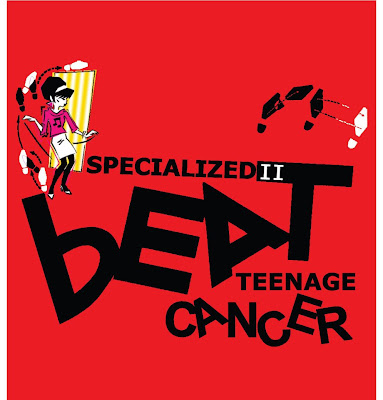 The Specialized 2 - Beat Teenage Cancer compilation is now available as a pre-order!  The brainchild of Paul Williams, author of "You're Wondering Now The Specials from Conception to Reunion" and admin of The Specials fan website, the double CD collection features 44 unique and diverse covers of The Beat's entire song catalog. Sales of the compilation and proceeds from a series of live shows (including a 3 day festival this fall headlined by Ranking Roger's version of The Beat) are all slated for the Teenage Cancer Trust (TCT) in the U.K.

The Specialized project, was conceived by Williams in September 2011 after he watched a TV program about young people with cancer in the UK. At that point, The Specials had just played a prestigious gig at The Royal Albert Hall in aid of the TCT charity. This inspired Williams to come up with the idea of an album of cover versions of songs by The Specials recorded by modern day artists.  This was born "Specialized- A Modern take on Specials Classics."

Like its predecessor, this compilation has the full support of members of The Beat. Both Dave Wakeling and Ranking Roger have tracks on the album --Wakeling has re-recorded "Mirror In The Bathroom" and Ranking Roger appears with Hunt Emerson's band The Spritely Allstars (Emerson is the designer of the Beat girl logo) on the track  "Two Swords (Majestic Mix)."  They have been joined by other 2-Tone era stars Neol Davies and Charley Anderson of The Selecter and Rhoda Dakar of The Bodysnatchers who have also contributed songs.  The album also highlights the best current ska, reggae and rock bands playing in the U.K., Australia, Czech Republic and the U.S. (featuring songs from Buford O'Sullivan and my band Bigger Thomas).

Below are two video track samplers, as well as a short snippet of my band's version of "Sole Salvation."

Here is the full track listing for the double CD.  It will also be available as a digital download with extra tracks via iTunes, CD Baby, Amazon and Spotify.  There is a rumor the compilation may also be issued on vinyl.

CD 1
1. Mirror in the bathroom - Dave Wakeling of The Beat
2. I Confess- Ed Rome Ft.Bella
3. Save It For Later- Nick Welsh
4. Can’t Get Used To Losing You- The Skanx
5. Best Friend – Bluebird Parade
6. Two Swords –Dirty Revolution
7. All Out To Get You- The Values Ft.Neol Davies
8. Jeanette- The Funaddicts
9. Sugar & Stress – The Humanitarians
10. Wah! (Get A Job)- Buford O'Sullivan meets Ruff Scott Ft.The Chronic Horns
11. Hands Off …Shes Mine- The Talks
12. Doors Of Your Heart – Big Fat Panda
13. Too Nice To Talk To- Rhoda Dakar ft.Phill Jupitus, Joe Howard & French Faze
14. March Of The Swivelheads –A.K.C
15. I’m Your flag – The Amphetameanies
16. Click Click – This Modern Youth
17. Big Shot- Addictive Philosophy
18. Cheated – Dubskamen Ft.Percydread
19. The Limits We Set – Katalina Kicks
20. (Czech) Toast - The Chancers
21. Ackee 123 – The Stiff Joints
22. Rough Rider –Button Up