Impressions of the "Return Of The Rude Boy" Exhibit In London 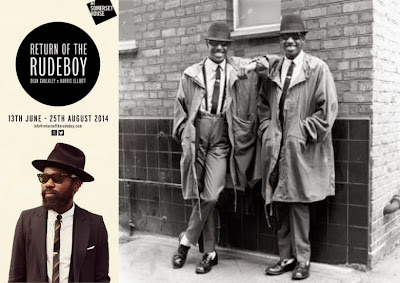 "Return Of The Rude Boy" attempts to answer these questions.  It is an immersive exhibition in London running through the end of August, that explores the style, swagger and significance of the 21st century Rude Boy. It features original photography, film, installations and live events.  Curated by photographer and filmmaker Dean Chalkley and creative director Harris Elliott, it celebrates the sharply dressed individuals who exemplify an important and rarely documented subculture. The exhibit has generated significant U.K. media interest, including coverage in The Guardian,  Channel 4, and GQ Magazine and many more. 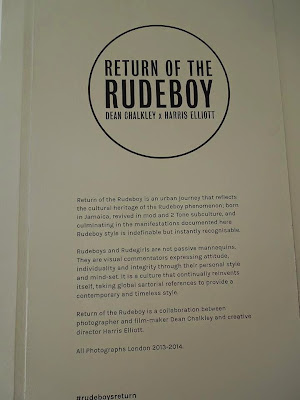 That said, I wanted a first-hand impression of the exhibit, so I asked my good friend and Bigger Thomas/Rude Boy George band mate, Roger Apollon, who is in the U.K. on a family vacation, to visit the exhibit and share his impressions.  But first, you need to know that Roger is a Rude Boy.  He could have been included in this exhibition.  When I was looking to start a ska band back in the late 80's, I briefly saw Roger on a train platform decked out in sunglasses, a pork pie hat, a Specials t-shirt and brothel creepers.  I stood in shock.  Here was a real Rude Boy in New Brunswick, New Jersey! I lost sight of him when the train arrived and departed.  Later that summer he magically appeared on my apartment doorstep clutching a flyer I had posted looking for musicians to start a ska band. The rest is history.

Roger has his own Rude Boy style that is modern but also includes touches of old school Rude Boys.  He is never without his pork pie hat (he has summer and winter versions) and often wears suits.  More than that, he exudes a style that is effortlessly cool and confident. 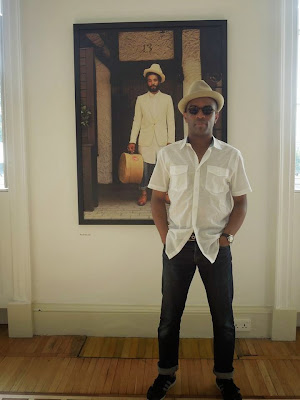 After visiting the exhibit, Roger shared his thoughts and some incredible pictures.


Return Of The Rude Boy is a tight and precise exhibit that was an inspiration to Rude boys everywhere! As you walk in to the the austere setting of Somerset House, you are welcomed by a pulsing soundtrack of reggae and ska. The portraits are exquisite as each man and woman captured is not styled; they are in their natural and VERY cool state. 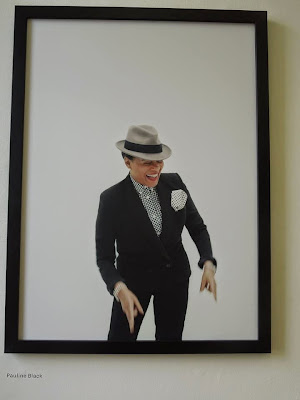 As I walked through, I was not only inspired but struck how "Rude Boy Culture" is not about style of clothes (although the clothes were extremely stylish), but more about the character of the individual. They are unique, confident and against the grain but not for the sake of being different. 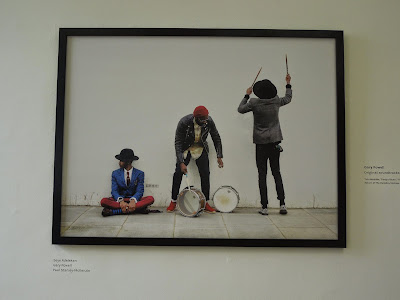 To me, it felt like a sort of homecoming as I saw bits of my past, present and future reflected in these portraits. If you're in London before the end of the summer, check out this amazing (and FREE) exhibit! 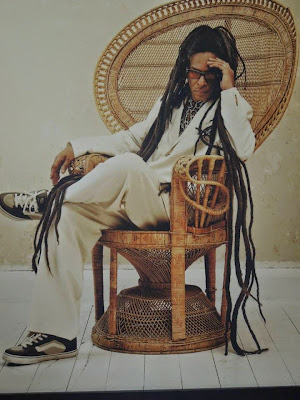 Caught this exhibit on my recent trip to London - Roger's review sums it up perfectly. It's a great show that's all about the power of attitude. It also reminded me that I need a lot of new threads.