Marco On The Bass Podcast Series: The Seeds Of The 3rd Wave Of American Ska 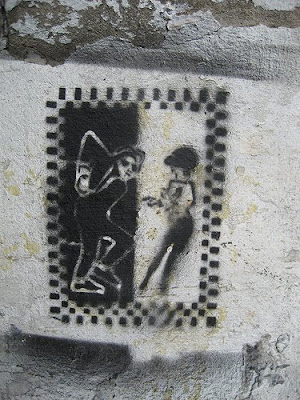 This week's podcasts spans the U.S. from sea to shining sea in search of more American ska from the 80's and very early 90's. This podcast includes very rare recordings from the early days of three bands that went on to make their larger mark on the U.S. music scene and who helped to take ska from the underground of the 80's into the mid 90's 3rd wave. First is No Doubt (who are once again embracing their ska roots on their new album and live show) with a song that has never appeared on any album. Next is The Mighty Mighty Bosstones (who were originally The Bosstones back in the early 80's) who went on to help create the ska-core and ska-punk genre. Also included is a very rare track from The Toasters (credited with helping to popularize the third wave of ska in the U.S. with their constant touring and through their Moon Records label) when they were known as Not Bob Marley. In addition to those big names in Anerican ska, I've added in tracks from bands across the U.S. who enjoyed varying degrees of success including the vastly underrated Cryin Out Loud from Hoboken, NJ, Heavy Manners from Chicago and Let's Go Bowling from California.

Here are highlights about each of the band's in this weeks podcast:

No Doubt were formed in Anaheim, CA in 1986 and the song 'Up Yours' is one of the rarest recordings and has never been released by the band on any of their albums. This version of the song is taken from the band's very first television appearance on a cable access show in January 1990.

The Bosstones formed in 1983 in Boston when all its members were in high school. In 1987, the band made their recorded debut when they were featured on the 'Mash It Up' ska compilation with the song 'The Cave' which is one of my favorite songs by the band for the reason that it is more ska then ska-core. It sounds like Madness on speed.

Don Brody (1953-1997) was the gifted songwriter, singer and guitarist of the Hoboken, N.J.-based ska-influenced rock band Cryin Out Loud which achieved MTV airplay for the song 'Live It Up'. The song 'The Distance' was on the band's only EP 'Live It Up' and was also included in the New York Beat Hit & Run compilation of the New York ska scene.

Sometime during 1981 Rob Hingley forms the band Not Bob Marley with co-workers from the Forbidden Planet comic book store in New York's East Village. This band eventually is re-named The Toasters. Their first gig is at the A7 Club on the Lower East Side of Manhattan with Bad Brains. The song 'No Respect' was one of their earliest recordings.

Heavy Manners were one of the earliest ska bands of the Chicago era. They played with an impressive array of national and international acts (The English Beat, The Clash, Third World, Jimmy Cliff, The Ramones, The Go Gos, Grace Jones, Peter Tosh), recorded tracks in the studio with Peter Tosh and released two records on Disturbing Records. The track 'Blue Beat' comes from their 1982 LP 'Politics & Pleasure'.

The St. Louis-based ska outfit The Urge was formed in 1987 by vocalist Steve Ewing and bassist Karl Grable, who together remained the nexus of the group throughout the many roster changes which followed. The original Urge lineup debuted in 1989 with the cassette-only Bust Me Dat Forty, followed a year later by the LP Puttin' the Backbone Back.

Crucial DBC were one of the many ska bands that emerged from the vibrant California ska scene in the late 1980's. The track 'Don't Run Away' was featured on the long out-of-print 'Ska Face' LP which was the first American ska comp distributed by Moon Records in 1988.

Very little is known about The Shy Five who were part of the formidable Boston ska scene that grew up around Bim Skala Bim and The Mighty Mighty Bosstones. I've always liked 'Stealaway' which is a great slinky and sexy reggae song that appeared on the Boston-based Bib Records comp 'Mashin Up The Nation'.

Let's Go Bowling got their start in 1986 in Fresno, CA. Since the band's inception in 1986, the band's traditional ska style, barbershop harmonies, instrumentals, and frantic live performances, helped set the standard for dress and culture for West Coast Ska, which in turn, set the groundwork for the launch of the Third Wave Movement in 1995. The song 'Take A Walk' comes from the 'Music To Bowl' LP from 1989.

Burma Jam hailed from Richmond, VA and were part of the explosion of ska bands in the American south including Fighting Gravity and Reggatta 69. The song 'Outrage' comes from their 1990 record 'Emergency Broadcast System'.

Catching up on your podcasts. They're great. Brought back nice memories of California groups I saw back in the day like CDBC and LGB. Keep up the good work.