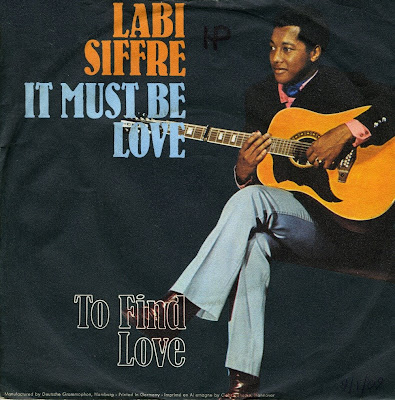 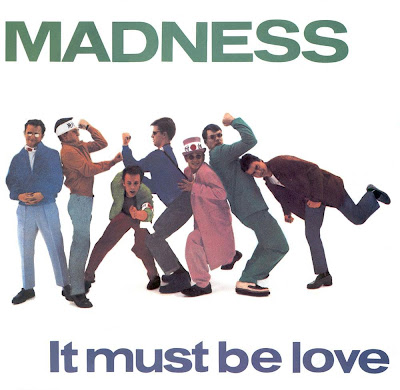 Everyone thinks of Madness when you mention their 1981 pop hit 'It Must Be Love'. I've always loved the song, as it served as the soundtrack to my first high school romance. Indeed, the song remains one of the band's most popular with Madness fans and continues to be a mainstay of their live set list. But did you know that the song is a cover version of the original by Labi Siffre? Did you know that Siffre had a Top 15 hit with the song on the UK charts in 1971 (#14)? Have you ever heard the superb original version by Labi Siffre? Did you know that Madness did not want to record and release the song? If not, then read on.

First a quick bit of history. London-born Siffre has spent his career breaking down boundaries. The openly gay singer/songwriter has built a small cult following with works that deal squarely with homophobia and racism. In addition to his nine albums, the multi-talented Siffre has written three books of poetry and has also written for the stage. Musically, Siffre is known for his soulful, high-pitched voice and thought-provoking lyrics. His single "I Got The" from his 1975 album Remember My Song received a modicum of fame decades after its release when its funky piano hook was sampled in Eminem's 1999 debut smash single "My Name Is." In 1988, Siffre had a hit with his anti-apartheid anthem '(Something Inside) So Strong'. You can read more about Siffre at his Web site.

The story behind the Madness cover of 'It Must Be Love' is part of the history and lore of the band. Mike Barson was a big fan of the original and brought it to the band in a version that fit the pop reggae sound and sensibility of the band. The band performed it live at shows as part of their encore, but had no intention of recording the song. The BBC's Web site 'Sold On Song' picks up the story: It was at the end of 1981 that the 'Nutty Boys' released "It Must Be Love". At this time they had already notched up 9 hit singles, 2 of which had gone 'gold', plus they had released 3 albums. After such success with their own material it's understandable that originally the band wasn’t keen to release a cover of someone else's song. Writer Labi Siffre had previously released it as a single in 1971 and it appeared on his 'Crying, Laughing, Loving, Lying' album. Keyboardist Mike Barson heard a copy and secretly thought it would be a good song for the group to play. He began playing it, the band joined in and it started to appear as an encore song.

Stiff Records label owner Dave Robinson heard the song and insisted the band record it but they weren’t interested. Then Robinson laid a bet with the band that they could have his record company if "It Must Be Love" wasn’t a top five hit and the band finally agreed. Fortunately for Robinson it reached #4 in the UK chart and was a hit in the USA. "Shadow On The House" was on the B side and it appeared on the #1 compilation album Complete Madness released in 1982. The band stamped their own distinctive sound all over the cover adding a reggae beat and extra instrumentation. Labi Siffre liked it so much he agreed to appear in the video. On Top of The Pops when Jimmy Saville introduced the video of the band playing their electrical instruments underwater, he advised against anyone copying them!

The song was re-released in 1992 after a memorable get-together gig for the band. It has subsequently been used in a couple of TV ads. In 1998 Madness failed in a court case to stop a high street bank from using the song and changing the lyrics. More recently it was used to advertise a frozen food supermarket chain.

Here are videos of Siffre performing the song live in 1972 followed by the famous Madness video for the song:

The BBC site included short interview snippets with Mike Barson of Madness, Dave Robinson of Stiff Records and Labi Siffre about the story behind the Madness cover of 'It Must Be Love'. You can download and listen to the interviews below:

It Must Be Love Interviews
Posted by Marco On The Bass at 9:53 AM

all the best
Judge

I'm just ancient enough to remember Labi Siffre's orininal, and was young enough (7, I think) to think, as did all my classmates, that his name was Lavvy Siffre. You live and learn, I guess. I think the Madness cover is great, but in a stupid way, it kind of annoyed me that they'd cover a song that everybody knew ehen they could slam out another original stormer every 15 minutes. The amount of hits they had in their first few years was outrageous. Naturally, we who thought we knew everything didn't know that One Step Beyond was a cover version as well. I saw them though, 3 nights ago (2018, December 17th) in Glasgow at a frankly unbelievably great gig, and I have to admit that I got a little teary when they played It Must Be Love, and I don't think I was the only one. Got a brilliant T-shirt too!