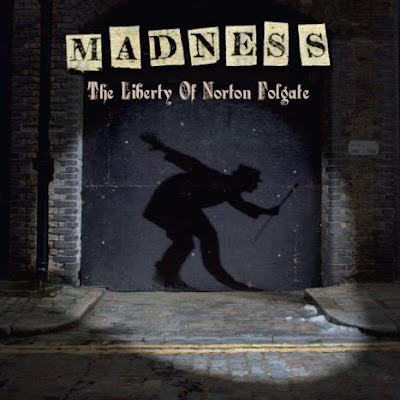 The new Madness album 'The Liberty Of Norton Folgate' has hit #5 on the UK charts which is the highest chart release for a Madness album since '7' was released in 1981. To celebrate, Carl Smyth has recorded a video that provides an intimate overview of the LP, including a track-by-track review. It’s a great introduction to the album for those of you who have not heard it and great insight for those of you who have been playing it non-stop since it was released week ago.

To celebrate the return of Madness to the pop charts, below are tracks from the band's recent live appearance on 'Later With Jools Holland' which includes three tracks from the new record. Enjoy!

Good news (i would never have known this)and a nice upload for those of us who our enjoying the album.

Thanks for your blog. Lots of great stuff!