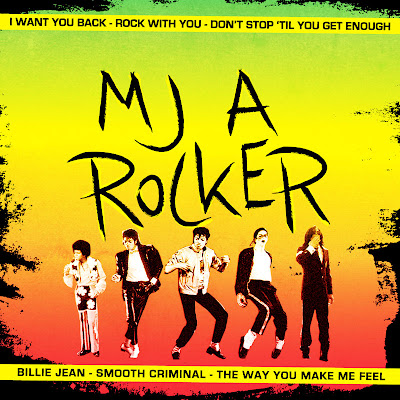 Sadly the mania around Michael Jackson's untimely death has taken away from the magic of the man's musical legacy. I have paid my respects by listening to both 'Off The Wall' and 'Thriller' which were both mainstays of my high school and college musical experiences.
I was thrilled when I recently learned that Chicago-based roots dub-reggae group The Drastics have released their own tribute to the late great King of Pop. The band had this to say about their tribute album called MJ A ROCKER:

Thank you for this Link!
I am lookin for a Ska Coverversion from any Michael Jackson Song but cant find one. Do you have an idea for me?