The Specials To Reunite With Jerry Dammers in 2010? 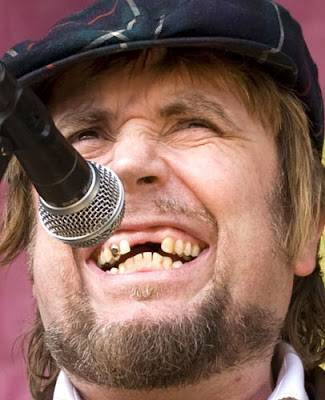 Word out of the UK media today is that The Specials and Jerry Dammers may look to reconcile and play shows together in 2010.
Both The Daily Star and NME have stories indicating that a reunion of the estranged former leader of the band and the other six original members may be in the works due to the intervention of Madness frontman Suggs, who was quoted in the U.K.'s The Daily Star as saying: “We have been talking about playing with The Specials this year but the problem for us is that they haven’t had Jerry Dammers in the band. “We are pals with both camps so kind of caught in the middle.“But there’s now talk of us doing a massive festival next year together, and maybe a big tour.”
The planned reunion may still need some smoothing out. According to the NME, Terry Hall teased his estranged bandmate during the last scheduled London show of the band's 30th anniversary tour on November 27th. Before playing 'Stereotype' from 1980's 'More Specials', Hall told the capacity crowd at the HMV Hammersmith Apollo: "It's a shame Jerry can't be here. But you can see him as Scrooge at Bridlington Spa."
Still no word on dates for a U.S. tour in 2010.

The word from the horses mouth on this is no a load of daily star bull unfortunately :(