One Sip Beyond! - Madness Launch Their Own Beer "Gladness" 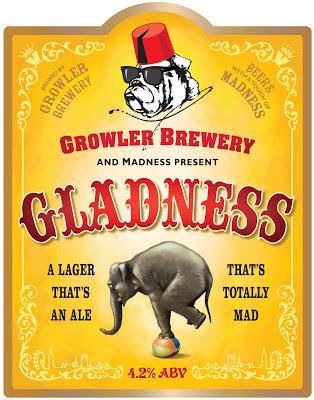 Madness have teamed up with the award-winning Growler Brewery in the U.K. to produce their very own beer "Gladness," which they have dubbed "A Lager That's An Ale That's Totally Mad."

The band hosted a launch party for the new ale at The Walrus & The Carpenter pub in London earlier this week to pour the first few pints of Gladness, a lager-style ale which features floral aromas with a hint of spice. The band teamed up with bosses at British brewers Growler Brewery in Essex to create the beverage, which will be stocked at 800 venues, owned by Nicholson's Pubs, across the U.K. for the next three months beginning on Monday June 10th. Watch a video of the launch party below:

Named after a line in their iconic song "Madness," Suggs commented "After many many years spent in a pub discussing and debating what would be our ideal beer, we decided to work with Growler Brewery to get on and do it. It's been a long but enjoyable process and we're very proud of our first attempt and we've got a great excuse to spend a bit more time in great British pubs!"

See promos photos below of Suggs and Mike Barson mixing up a batch of the grog! 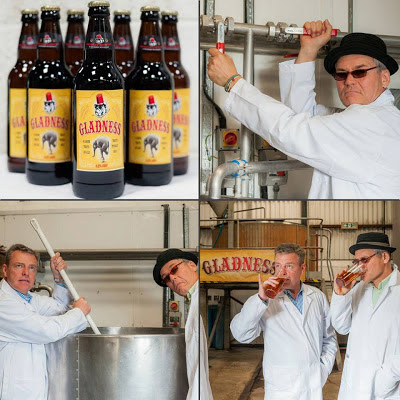 Looks like a lot of fun
Who was the photographer?