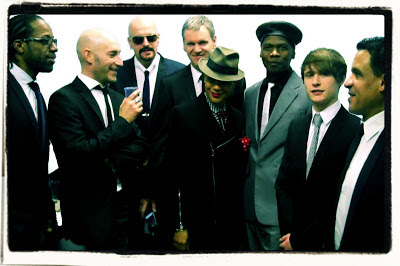 In news that should warm the hearts of ska fans across North America, 2-Tone legends The Selecter featuring Pauline Black and Gaps Hendrickson, have just announced 8 American and 2 Canadian tour dates during the month of September.

The band was here in April for Coachella and played dates around California and the southwestern U.S.  The new dates will finally bring the band back to Chicago, Detroit, Philadelphia, New York, Boston and Washington DC, which they haven't visited since the mid 1990's.

Watch part of the band's set from Coachella below:

The band is touring behind their new release "String Theory" which has garnered positive reviews and which is available on Vocaphone Music.  Read my review of the new album  here.

See you in New York City!
Posted by Marco On The Bass at 7:35 PM