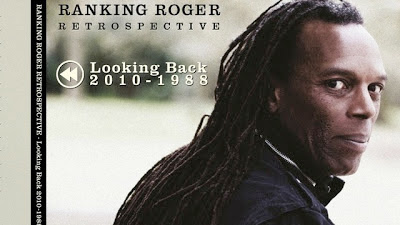 Ranking Roger has announced plans to release a new album titled “Retrospective – Looking Back 2010 -1988" which will feature a variety of songs from his entire solo career. (Read a MOTB post about Roger's 1988 solo album "Radical Departure" here).

The album will be available through Pledge Music, which is an online direct-to-fan/fan-funded music platform similar to Kickstarter.  Pledge Music helps musicians like Ranking Roger reach out directly to their fan-base to financially support upcoming recordings or musical projects. In addition to the 14 track album, Roger is also offering a wide range of other items and experiences including t-shirts, lyric sheets, a Skype chat, dinner or a concert in your home!

Roger discussed the limited edition reissue of The Beat's 1981 album  "Whappen" on vinyl and his new Pledge Music album on a recent UK radio interview:

By pre-ordering Roger's album, you’ll also gain access to a special part of his PledgeMusic page where he’ll post exclusive audio interviews, detailing each track on the Retrospective album which will be released both digitally and on CD.  The track listing is below:

Sadly, the album won't include any of the tracks Roger recorded with The Clash for the never released double LP, "Rat Patrol From Fort Bragg" which later was released as the single LP "Combat Rock." Check out "Red Angle Dragnet" below: