The Ammonites Ride Again! - Review of their show @ The Portland Rock Bar in Hove on January 30, 2009 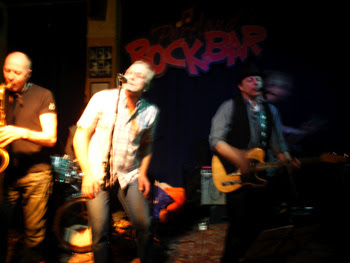 Well it only took 30 years, but Brighton's finest 2-Tone era ska band The Ammonites reunited for a night of music this past January 30th at the Portland Rock Bar in Hove. Short of being able to attend the show in person, it was very satisfying for me personally to hear the show was a success and that the band had a great turnout and played two full sets of their own songs mixed in with covers that they also used to perform. 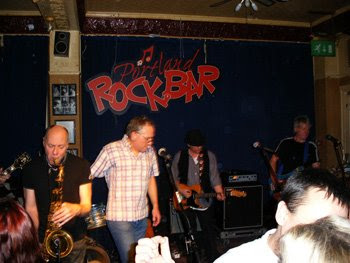 The Punk Brighton site was in attendance and recently posted a review of the show along with some great pictures of the band performing that I have posted as well. Here is the review posted on the site: What a night, what a band, what a belter. Reformed for the evening after a 30 year lay off, the Ammonites took the Portland by storm and man, the joint was jumpin'. It was great to see lots of old faces, survivors! The atmosphere was good before the band even took to the stage. Once up there they ripped through their bouncy repertoire of ska, bluebeat and reggae like they'd never been away. This is one tight outfit. There was a nice meshing of the two guitars, punctuated by some fine sax playing while Thesius on drums and Mike on bass pumped it up and drove the rhythm, Stefan was free to sing his heart out. The crowd lapped it up, it was a great all-round performance. I hope this incarnation of the band will stay together and do some more gigs like this one. They deserve to be heard. 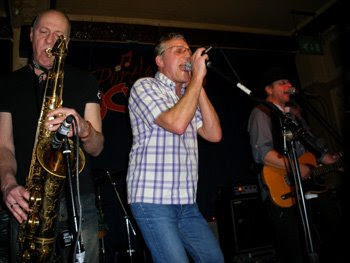 The reunited band included original members Stefan Tylunas on vocals, Nick Stewart on guitar, Steve Kelly on sax and the other original guitarist Mike Roberts who moved over to bass. They were supported by Thesiuos Gerrard on drums and a fello named Matt on guitar.

I received an e-mail from Stefan Tylunas who shared his impressions of the evening as well as the set-list. "Thought I would drop you a line to let you know how the gig went on Friday. Well, we had a fairly full house,which was a good mixture of friends and punters, which produced a good feel within the 'pub', short of a party. We played two sets, finally finishing around midnight. The place was really jumping at times Fatty Fatty, Tighten Up, Move ya Mule and Reggae in Ya Jeggae, really feeding the dancing, with people bouncing off each other in a frenetic punkish, friendly way. It was great to see so many people on the dance floor having fun and was very reminiscent of our 'glory days'. Although we could possibly had benefited from some more 'full band rehearsals', people were having a great time and we kept it together."

You can visit this older post featuring an interview with Tylunas to download a rehearsal tape that they recorded in 1980 that features most of the songs they performed. The band has produced a CD for the occasion, including sleeve with some pic's and some badges and Tylunas said he would send me a copy. If I get permission from him I will post some of the songs here on the blog at a later date.

Finally, here are a few more pictures of the band's performance. Here's to hoping they don't wait another 30 years to perform again. 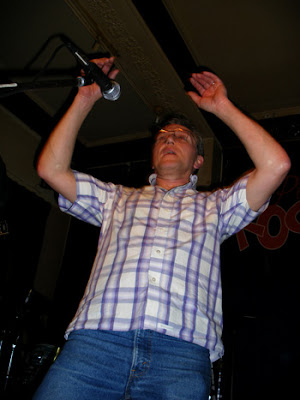 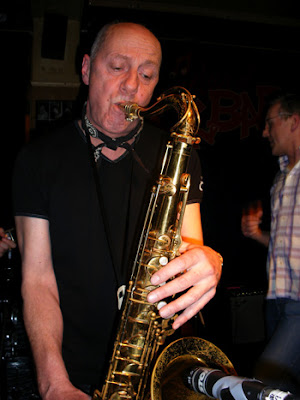 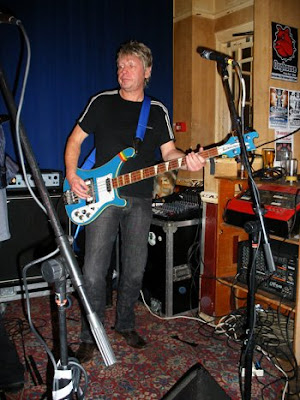 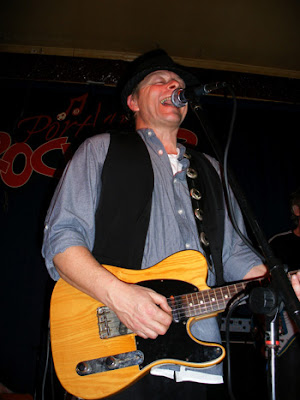 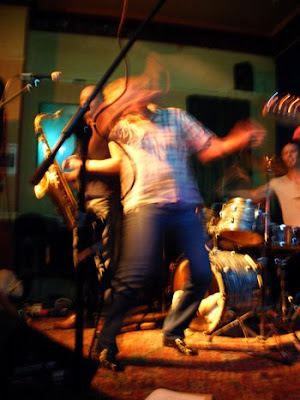