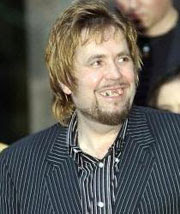 In this corner Jerry Dammers! The ongoing "he said, they said" saga of The Specials reunion continues unabated. Coming roughly one week after Terry Hall, Lynval Golding and John Bradbury were interviewed in The Guardian, Uncut Magazine has an interview with Jerry Dammers who continues to claim he has been unfairly prevented from joining the band he started. 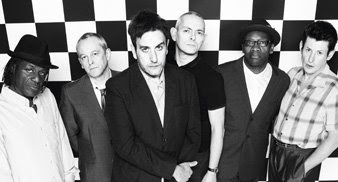 Adding another layer of intrigue to ths story is Dammers revelation that he recorded new Specials material with Panter and Golding in 2003. Uncut Magazine had an exclusive listen to one of the tracks, the first new Specials’ material recorded since 1984. Entitled ‘First Victims of War’, it features regular Specials’ contributors Rico Rodriquez and Dick Cuthell on horns and is heavily dub-influenced, opening with Golding singing “the first victim of war is always the poor man”.

Based on Dammers quotes in the Uncut story, it would seem he was intent on having the band learn his new, unreleased material as the basis for joining in the reunion: “My whole thing was starting where ‘Ghost Town’ left off. Rather than the usual reunion thing, which is retrogressive, nostalgic,” said the Two-Tone founder. “Joe Strummer said the reason he didn’t want to get the Clash back together was that it was like an admission that he’d got nothing left to offer. I’m too arrogant to admit I’ve got nothing left to offer! So I wanted to do it in a way where we came back as adults, making adult songs.”

Roddy Radiation confirmed the story about the song in a post he made on The Specials web site message board writing, "Yep thats the track he played us at the first meeting.. it droaned on and on and on and on... and he said that was the way he wanted to progress and play the old stuff in the same vien..on my mothers life"

Here is the link to the online version of the story. The full interview is available in the hard copy of the March edition of the magazine available on newsstands near you.
Posted by Marco On The Bass at 4:35 PM

I'm on Jerry's side on this thing. I'd much rather hear new music then see a bunch of old men reliving their glory days in a pretty obvious attempt to line their pockets. Throughout this saga, Jerry's comments have sounded more honest then the other side to me. Rather then listen to him go on about doing new and different things, they just stopped including him in on the reunion stuff.

I think its a shame he's not part of the reunion. It would have been amazing to hear 2 or 3 brand new songs, but I think most people are more interested in seeing the band play the songs they know and love more. That said, Jerry does come across as somewhat unwilling to compromise with his bandmates and to be honest they deserve to make some monet of their legacy. None of them are living in the lap of luxury.

Yeah I know what you're saying but I would prefer they didn't reform unless it was with the complete line up. In fact, I wish bands wouldn't reform full stop. There's a time and a place...

There are 2 sides to every story.Its not clear cut as Jerry makes it out to be and the truth will out in the end.He needs to stop making the "poor me" statements in the paper.Negotiate and delegate Jerry.

How old are these guys anyway? Pushing 50? They need to get over themselves! For crying out loud, they sound like a bunch of whinning kids in a sandbox! They need to take a lesson from Madness, who got over their internal problems, did Madstock,and continue to record great new material! I've loved The Specials since I was 13, (i'm 42 now!), and would be beyond thrilled to see them all again! I've seen them/funboy 3,special beat, and all their projects over the years. I do feel bad for Jerry, but I'm sure if he said to the rest- "I want to do this, let's just play the great old songs", he would be welcome. These guys are supposed to be entertainers? Entertain us again, please. Old Mod in LA.