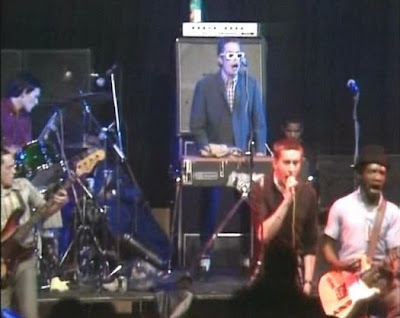 Wondering what the set list for The Specials reunion shows may look like this coming April and May? Look no further than the set they ripped through on January 21, 1980 as part of the BBC series 'Rock Goes To College'.

Rock Goes To College ran between 1978 and 1981 on British television. A variety of up-coming bands were showcased live from small venues and broadcast simultaneously on television and radio during a 40-50 minute live performance. The venues were small University, Polytechnic or College halls holding a few thousand persons which gave a more intimate atmosphere than larger venues and often tickets were given to the Students' Union to distribute for free (to ensure that the concert halls were full) - effectively an invited audience. The bands chosen were also bands which did not have a mainstream following at that time although many went on to be very successful. A BBC DJ would also be present to introduce the band for the television audience. 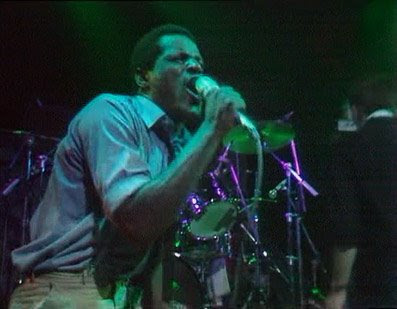 The original broadcasts were transmitted on television as well as Sight and Sound in Concert; a BBC initiative to provide simultaneous pictures on BBC2 and stereo radio broadcasts on BBC Radio 1 (as stereo television broadcasts and receivers did not exist at the time). It allowed rock enthusiasts to enjoy the event with an improved sound quality.

Original recordings of at least some of the Rock Goes To College series still exist and some legal releases have been made available, on DVD or CD, either as the concert in its entirety or as part of a compilation. UK Gold has re-broadcast some of the programs (in stereo on television) in 2006 as has BBC Four and Arena in the late 1990s. In some cases, the radio broadcasts contained additional songs to those broadcast via the television including pre-broadcast/warm-up tracks. Many performances have been bootlegged from the original tapes or from public television/radio broadcasts. 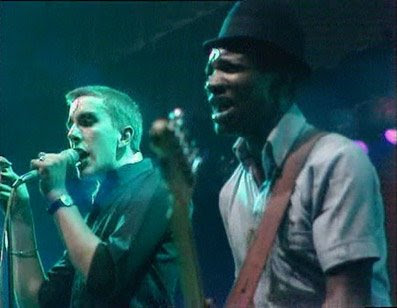 Here is the set list The Specials performed during their show on the program. A special note: If you watch the show carefully you will notice Terry Hall reacting to a bouncer by throwing a tambourine at him in anger because the bouncer was stopping the kids from invading the stage, It's so great to see this moment captured on television as it spoke volumes about the relationship between the band and their fans.

The full broadcast is now easily watchable on Veoh, which is a cousin to YouTube. The link is below:

The Specials Live at Colchester Institute
Posted by Marco On The Bass at 8:34 PM

Nice one. Seeing that show on telly when I was about 17 got me into The Specials in the first place.

Nice one. This show got me into The Specials in the first place, when I saw it on a late night repeat about 12 years ago.