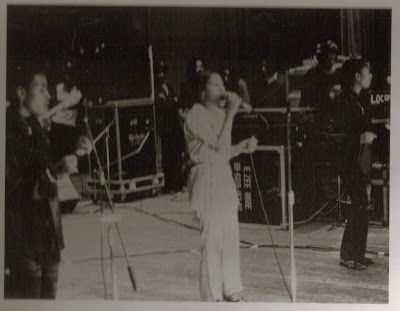 A counterpoint to the explosion of punk and ska in the UK in the late 70's was the emergence of Lovers Rock. Short lived UK reggae girl trio 15-16-17, so named after their ages at the time, cut a sweet sounding 'lovers rock' album called "Magic Touch" in 1978 under the watchful production eye of Dennis Brown. Brown relocated to London from Jamaica and while there he linked up with Castro Brown (no relation) and started the DEB label. This occurred right at the same time a new style of Reggae called Lover's Rock was being popularized in the UK. Dennis and Castro smelled a good thing (along with other producers like Lloyd Coxsone and Dennis Bovell) and put together three teenage girls from London, Sonia Williams (15), Christine McNabb (16), and Wraydene McNabb (17) and had them record 10 tracks (including a number of covers) that ended up on the "Magic Touch" L.P.
15-16-17's sound ranges from fun, and youthful -- sort of like an earlier version of Musical Youth -- on "Girls Imagination" (a clever remake of The Temptations' "Just My Imagination" from the girl's point of view), "I've Been Watching You," and their take on The Supremes' "Baby Love" to a sultriness that exceeds their ages on "Someone Special," the ethereal "The Weather," and a lovely cover of The Bee Gees' "Emotions".

For the uninitiated, Lovers Rock sounds like a Philly Soul ballad played over a fat reggae bassline, it usually has a soulful kind of intro, not just a straight riddim like "rub-a-dub". Also as a generalization, the majority if not all Lovers releases come out of the UK, for reasons that I am not clear on, Lovers just never took hold in JA or NYC.

Here are videos of two of the songs on Magic Touch: 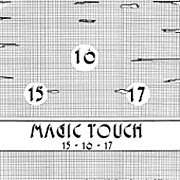