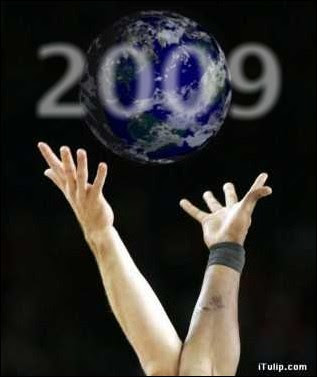 While 2009 was a hard year on most people (job losses, mounting unemployment rates, continued home foreclosures) it's going to be very hard to top when it comes to ska. There was an unbelievable cornucopia of 2-Tone era band reunions, tours, shows, books, media coverage and new albums and music to enjoy. In fact, the amount of ska related developments came so fast and furious at times, it was hard to keep up because there was so much to write about. So in that time honored tradition of looking back at the year that was, here is my top 10 Marco On The Bass ska highlights countdown of 2009:
10. The Beat Brigade Reunion
I'm happy to have played a small part in motivating the members of one the original NYC Ska bands of the mid-80's to reunite for the first time in 22 years for two shows at the end of 2009 including one at the Knitting Factory in Brooklyn, NYC. If you missed them, the good news is that more shows are planned for 2010. Until then have a look and listen to one their best known songs 'Armageddon Beat'.

9. Bim Skala Bim reunite for first shows in 8 years
One of my favorite American ska bands of all time reform for a series of shows in Boston including one on New Year's Eve. These road warriors carried the American ska flag for much of the 80's and early 90's. Though I can't be there in person I have a request: Please play 'Jah Laundromat'!
8. The Ammonites kick-off 2009 ska band reunion fever
This overlooked band of the 2-Tone era reunited for one night and one night only with their first show in 30 years in their hometown of Brighton. They play 'Blue Lagoon', one of the most overlooked songs of the entire 2-Tone era. Never heard the song? Have a listen on the video below.

7. The Drastics record and release 'MJ A Rocker'
Chicago-based ska/reggae band celebrate the life and music of Michael Jackson with the release of 'MJ A Rocker'. The free download features a brilliant mix of Jackson's original vocals over the band's spot-on skinhead reggae covers of his best known songs. Below is their take on 'Rock With You'.

6. Neville Staple releases his autobiography
The Specials MC kicks off a heady year with the release of 'Original Rude Boy'. In a stroke of marketing genius, the book is released at the height of Specials-mania in the UK. A good read that provides a look inside the Black British experience as well as an insiders view of the break-up the The Specials.
5. Paul Williams releases 'You're Wondering Now - The Specials from Conception to Reunion'
Paul 'Willo' Williams releases the definitive history of The Specials from the early days through their reunion show at the Isle Of Wight in September 2008. Willo's exclusive access to the band members provides you the reader with an inside history of the band. Essential reading for all fans of The Specials. Below is a great interview with Willo about his book.

4. Fishbone celebrate their 30th anniversary in 2009
The band who helped develop a uniquely American take on ska announce the release of their very first official live DVD. Their is also a documentary about the band in the works titled 'Everyday Sunshine' and the band continue touring and can be seen in the U.S. in early 2010 on tour with Dave Wakeling's version of The Beat. Below is a excerpt of 'Sunless Saturday' from the the live DVD recorded in Bordeaux, France.


3. The Liberty Of Norton Folgate
Madness release an album of inspired originals which reaches #5 on the UK pop charts. A film of the same name is screened at the London International Film Festival. The band roll-on as creative and vibrant as ever and if recent UK media reports are true, may play a hand in getting The Specials and Jerry Dammers to reunite for a joint tour with The Specials in 2010. Below is an album sampler.

2. Missing Words - The Selecter Don't Reunite
Sadly, members of the most original band of the 2-Tone era were unable to put differences aside to celebrate their 30th anniversary. All is not lost though, as Neol Davies' releases an update of the iconic and classic 'The Selecter' track with 'The Return Of The Selecter'; Earlier in the year he is joined briefly by singer Pauline Black and drummer Aitch Bembridge for a short acoustic set during Holocaust Remembrance Day in Coventry. Pauline Black continues to record and perform and is preparing to release a solo record 'The Pigment Of My Imagination'. Black embarked on a 2009 World Tour (Australia, New Zealand, Dubai, Argentina, Brazil) sharing the stage with Ranking Roger and Neville Staple while performing songs by the band (see video below of her performance of 'Missing Words' with The Neville Staple band in Nottingham this past May).

1. The Specials 30th anniversary reunion tour
Six of the seven original members put their differences aside to fulfill their promise as one the best live bands ever and answer the prayers of 40-something Rudeboys and Rudegirls across the UK. Roddy 'Radiation' Byers offers readers of the blog an inside view of the reunion proceedings. One question remains unanswered: Is a U.S. tour in the works? Below is a great interview with Horace and Roddy on their first impressions of the tour.

On tap for 2010:
I'm working to pull together a 25th reunion of the bands and musicians who were featured on N.Y. Beat: Hit & Run compilation released on Moon Records in 1985. More details, a date and a location in New York City to follow in the new year.
On the personal front:
The release of the long overdue CD/Vinyl 'Pure' by my band Bigger Thomas. We are wrapping up the final mix with King Django and hope to have cover art designed by a well-known artist from the 2-Tone era. The record should be available in March 2010 as a Radiohead-styled pay what you want download link on this blog as well as on other e-commerce music sites.
Please share your own Top 10 list and offer your own personal highlights for 2009.
Posted by Marco On The Bass at 12:09 PM

A definite highlight for me was the Beat Brigade reunion show. I only got to see the first one at the knitting factory, but it blew my mind.

Another highlight is from the same night. After that show, Django brought my friend and I to a party in brooklyn that ended up being the CD Release party for Brigadier Jerry's new album. I watched Downbeat The Ruler spin classic and rare records all night, and saw Brigadier Jerry, Sister Carol, Santa Ranking, Mikey Jarret, and Carlton Livingston on the mic 5 feet in front of me. It was incredible.

Another one was the release of The Forthrights first single. the Other People 7" on Stubborn Records. Its an amazing record with King Django doin a great version on the b-side.

The last one I can think of was the new Sonic Boom Six album, City of Thieves. I know you dont like them Marc, haha, but the new album blew me away.

Please keep us informed about the possible NY Beat compilation album reunion gig as that would make for a great show I might come up for from DC.

I really hope the Specials reunion hits the states as well. It is kind of annoying they are being labled as a reunion as the Specials have been around in one form or another since their "break up". Fist it was the "Special AKA" led by Jerry the first few years and then "Special Beat" formed in the late eighties/early nineties. I then went to a "Specials" reunion concert in 96 that featured several of the original members. I went to another "Specials" show a few years later and it was only Neville accompanied by a bunch of younger kids backing him up. Now we have a reunion featuring Terry singing again and possibly (hopefully) another reunion in a few years with Jerry back as well!?!

Thanks Matt. The NYC ska reunion will be in New York City in early 2010 and we are trying to get as many people who played on the NY Beat: Hit & Run comp to come out (e.g., Second Step, The Boilers, A-Kings, Beat Brigade, The Daybreakers, Urban Blight). It will be more 'ska high school reunion' than a gig but there will be DJ's spinning ska, old pictures and plenty of alcohol!

how will i go about sneaking into this without spending $70-100 on a fake i.d.

No worries James! We will get you in.