The look and visuals of 2-Tone and American ska album cover art have been as much an inspiration for me as the sound of the music itself. Indeed, among the most satisfying experiences I've had writing this blog has been the chance to meet and interview the talented artists who were as much responsible for its overall success and legacy as the musicians who wrote and performed the songs. As a frustrated graphic artist I have always loved learning about the inspiration as well as the science and technique behind album art work.

Rob 'Bucket' Hingley' is properly credited with popularizing and spreading the gospel of a uniquely American-styled version of ska via The Toasters. And in doing so, he also picked a uniquely American visual art form -- the comic book -- as the graphic vehicle for The Toasters early singles, EPs and albums. Hingley managed the New York City comic book emporium Forbidden Planet during the early days of the band, so its no surprise that he reached out to up and coming graphic novel/comic book artist Bob Fingerman to develop the look of The Toasters early album covers and American ska comps that Moon Records released. 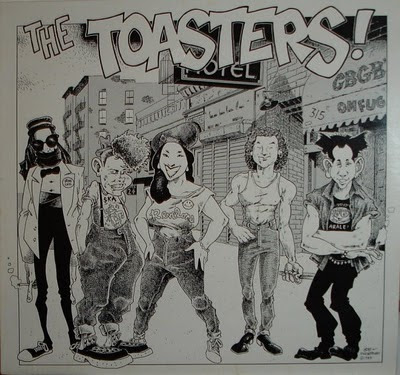 I distinctly remember the first time I saw a copy of The Toasters first self-titled EP at the Rutgers University radio station. Having been raised on 2-Tone album art, I was struck by the album cover that featured caricatures of the members of the band standing in front of CBGB's. It was the first in a series of strikingly detailed graphic covers that Fingerman would design for the band which speak to his talent and the foresight Hingley had to create a comic book look for the band that was distinctly New York and particularly American. Fingerman designed The Toasters first single 'Beat Up' as well their first EP 'Reciminations', 'Ska Boom', 'New York Fever' and the compilations 'N.Y. Beat: Hit & Run', 'Ska Face' and 'Spawn of Skarmaggedon'.
I recently connected with Fingerman, who is a successful comic book artist, graphic novelist and author. Best known for his comic series Minimum Wage (Fantagraphics Books), as well as the graphic novel White Like She (also Fantagraphics), Fingerman’s contributions to the world of comics have been many and varied. Below is the interview about his work with The Toasters and Moon Records.

Where did you grow up and when did you become interested in design and illustration?
I grew up in Rego Park, Queens. I always drew, and for a time thought that being an illustrator was what I wanted to be. I did illustration for magazines and periodicals for a number of years and seldom found it very gratifying. So, I even though I’d always done comics, I made those my primary focus from about 1990 onward.

Who influenced your design style?
Early influences were some daily strip cartoonists like Charles M. Schulz and Walt Kelly. A lot of the MAD artists. They did⎯and still do⎯inform a lot of my aesthetic. Guys like Jack Davis, Wally Wood, Mort Drucker and Sergio Aragones. Later⎯in my early teens⎯I discovered Heavy Metal magazine and my mind was blown. This was when it was new and had all the greats: Moebius, Richard Corben, Enki Bilal, etc.. They turned my world upside down. And of course Robert Crumb and some of the underground guys.

How and where did you meet Rob 'Bucket' Hingley?
Rob was manager at Forbidden Planet, back in its original location on the corner of 12th Street and Broadway. I was still in high school when they opened and we met. It took a few years of me buying up the European import comics, but he noticed that. I guess not too many American teens were as fervent about the French and British comics as me. We got talking and became friends. I always enjoyed hanging out with him. The Lower East Side was a different animal back then. He and a bunch of roommates had this duplex on the east side of Tompkins Square Park. I briefly flirted with moving in, too, when a room became available. That would have been interesting. It would have warped my tiny little mind. I met a lot of interesting people because of Rob. He was kind of the nexus of comicdom in those days. Everyone knew him and I’d meet them at parties he threw at the duplex. 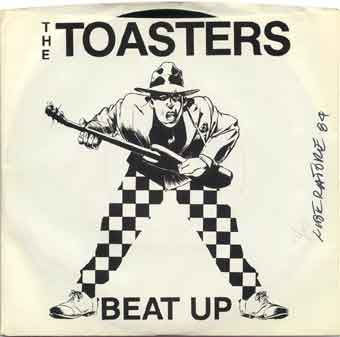 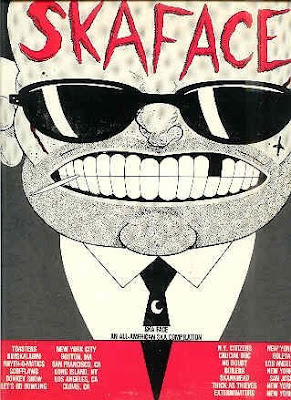 You have designed the covers for a number of important American ska records. Did Bucket give you any direction or did you have free reign with the album designs?
I don’t remember much direction. Certainly not in terms of style and execution. Maybe concepts. I think the first one I actually drew⎯as opposed to Beat Up, which I merely completed the inking on⎯was the one where they’re all in front of CBGB. I think my direction was simply, “Draw us in front of CBGB.” Skaface I think Rob said, “Something gangsterish.” Maybe he suggested the scar spelling out the title. I can’t recall. It’s more than half my lifetime ago. But it was pretty free reign.

Has the fact that you are not a fan of ska been a help or a hindrance in creating designs for one of the most popular American ska bands?
Neither. I’m a pro. Ha. That sounded arrogant. I used to like it more than I do now. I don’t want to alienate any of your readers. I enjoyed going to Toasters shows. And I still can listen to some old UK ska, but it’s not a genre I like. And I loathe reggae. I always used to say, “Someday I’ll do cover art for a band in a genre I like.” Never happened. And now I don’t really care.

Where did the inspiration for much of the design work you created for The Toasters and other ska comps come from? The images are so striking and memorable.
I did some sketches and there the images were. No major epiphanies. Sorry. 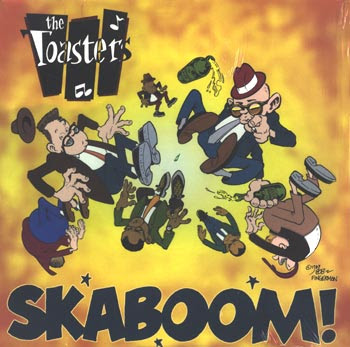 Can you explain how everything was actually created? Did you hand draw all the designs? What was the actual technical process for creating all the art?
Yeah, these covers were done ages ago, way before digital anything. These covers are all very analog (does that give them a warmer sound?). I mean, the two-color covers even used handcut Rubylith overlays for the second color. That is old school. The color seps for Skaboom were hand done in gray airbrush, one for yellow and one for magenta to create the explosion. I used a feeble version of Richard Corben’s had-sep method. A nightmare. But the results were half decent. Then the full-color ones were done with the black on one plate and the color painted on a blue-line process. I had to get full-size negatives shot of the line art and create with nasty chemicals the blue-line layer to hand paint. I do not miss any of these process-oriented approaches. I like the digital age. Much easier and more predictable.

Can you share any unusual stories behind any of the designs?
Sadly, no. Not because they’re too titillating to share, I just don’t recall anything interesting. Which is probably for the best. 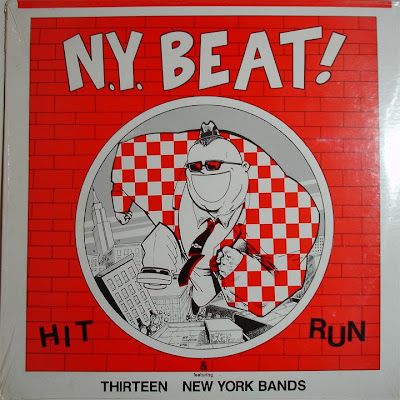 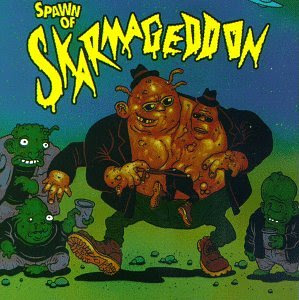 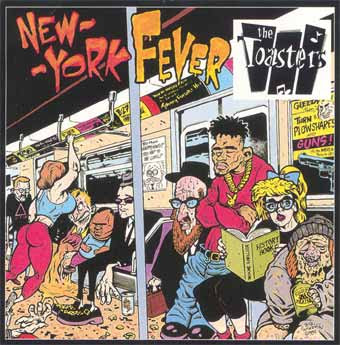 What are you working on now and where can people see more of your work?
These days I’m doing a lot of writing. My second novel, Pariah, is coming out this August from Tor. It’s a zombie-themed piece set in Manhattan. I presently have a new graphic novel out called From the Ashes, from IDW. That’s what I’ve dubbed a “speculative memoir” starring my wife and I in the post-apocalyptic ruins of New York. People interested in seeing work more recent than twenty or more years old should check out my website, www.bobfingerman.com.
Posted by Marco On The Bass at 3:48 PM