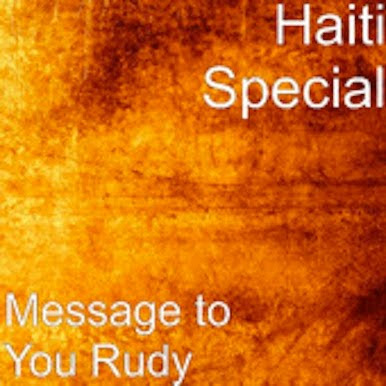 If you have had the good fortune to see The Specials perform over the last year, then you have likely noticed what a great horn section they have touring with them. It turns out the musicians who make up the touring section (Jonathan Read, Drew Stansall, Adam Birch, Tim Smart) are all among the top ska horn players in the UK and most of them call Leicester (which remains a hot bed of ska in the U.K.) home.
When trumpet player Jonathan Read is not touring with The Specials, he's the head teacher at the Moel Llys Short Stay School for children ages 5-11 with emotional and behavioral difficulties. As someone who works with children, Read was particularly impacted by the January earthquake in Haiti. He decided to do something to make a difference and keep people focused on the ongoing relief efforts. As a result, students at the school have teamed up with Lynval Golding, Roddy Byers and Neville Staple to record a song to help children in earthquake-hit Haiti. The students added their vocal skills to create a new version of ‘Message to you Rudy’ along with a new song written by Read who helped to organize the whole effort.

I was able to connect with Read (who was also a member of The Specials Mk 2 band of the mid 1990's) to learn more about his other life as one of the top ska brass players in the U.K., as well as the inspiration for the single.

When did you first pick up the trumpet?
My dad bought me home a battered old trumpet when I was about 8 years old. Grew up in the brass band world, youth band then senior etc. Got my first flugel at 14.

How were you first introduced to ska? When did you first start performing ska music live?
Got into ska in 79 when a certain band hit the headlines, then I got heavily into reggae when I was about 18. Played in reggae bands for a few years then in about 1990 got called into Leicester favs Skaboom and never looked back. Joined the Mk 2 Specials in about 95, I knew Adam the trombone player, also from Leicester. Toured with that outfit for about 3 years.

How did you end up performing with the cream of the crop of Jamaican ska and rock steady artists in the UK like Prince Buster, Laurel Aitken, Alton Ellis, Derrick Morgan, Owen Gray, Rico Rodriguez and Symarip?
When that finished I almost immediately got an invite to play with Prince Buster, again through a Leicester connection. I still play for Buster now although he's not gigging as much as he used to. Also played for Laurel Aitkin and Derek Morgan. Laurel lived in Leicester and was responsible for the healthy ska scene that still exists to day in the city. My own band Kingsize has been going now for about 10 years, and often sit in with Drew's band El Pussycat. 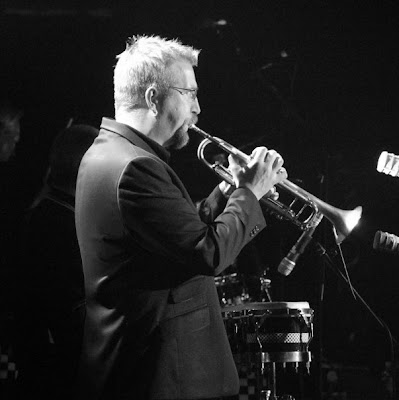 Its quite an honor to be invited to tour with The Specials. How did you get involved with band? You toured with The Specials Mk 2 in the 90's right? What were the two UK 30th anniversary UK tours like?
Over the years I have kept in touch with Lynval and Roddy and back in 2008 Lynval called and asked if i would like to play at a party with him and Terry and Neville playing a few Specials songs. Didn't need to be asked twice, bought Tim in on trombone for this. Nik was also involved on keys. Then a good while later another call about playing as surprise guests at Bestival, this time with the whole band (minus Jerry). I can't say how amazing this was, only three songs with brass and a half hour set.

Following this the call finally came for the first of the UK tours. The build up was quite incredible, the guys worked really hard to make the show what it is but I don't believe anyone really knew what the reaction would be so when Newcastle came, myself, Drew and Tim were at the side of the stage as Do the dog kicked off and we had to pinch ourselves to actually think we were going to be a part of this. A very proud moment.

Can you share any unusual experiences from the tour so far?
Many memorable moments from the tour but an unusual one for me was getting stopped at customs in New Zealand for having 2 tiny jars of honey in my suitcase. I was hauled off, given a ticking off and a $200 fine. Had to get on the bus to the amusement of all. Drew had reminded them that my nickname back in the day was Honey boy!!!

Another embarrassing moment was again in New Zealand again when I messed up the fanfare (normally before Longshot) before Too Much to young, not once but three times. After the third effort Terry introduced me as the ex trumpet player. Took a while to live that down.

What is your favorite song to perform live with The Specials and why?
My favourite tune to play is 'Man at C and A' closely followed by 'Stereotype'. 'Man at C and A' has one of the best brass riffs going.

Tell me about the 'Message To You Rudy' recording by Haiti Special. How did it come about? What has the response been so far? Where can people download the song?
Message to you for Haiti came about when Lynval came up to stay for a weekend and we were talking about the school where I work and that I wanted to raise some money with the children for Haiti. So before he could get away he put down the harmonica and vocals. Then Neville and Roddy came over,(they don't live too far away) and put their parts on. Later in the week all three came to the school to record the video. A great time was had by all. The song is available on itunes under Haiti Special and you can see the DVD on youtube. All money goes to UNICEF to support their work in Haiti. Response has been really good making national and local press and the DVD played on a morning TV programme. Another big thanks to the guys for their support. Looking forward to coming to the States in the summer. Had to miss out last time due to work commitments in the UK.

The track is available to download from iTunes in both the U.K. and the U.S. Proceeds are in aid of the UNICEF effort to help children in earthquake-hit Haiti. You can buy the song on iTunes here.