Suggs of Madness Signs Publishing Deal To Write Autobiography: Book Due Out Fall 2012 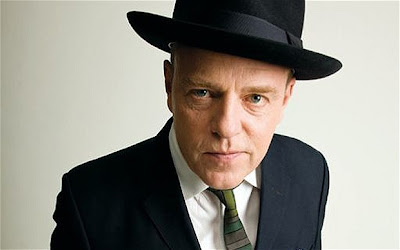 Fans of 2-Tone bands will soon need to make more space on their book shelves!  Pauline Black of The Selecter's new book 'Black By Design' is now out. Late last week Lynval Golding of The Specials announced that he is busy at work on his own memoir.  And now Madness fans can look forward to a tome from lead vocalist Graham McPherson (A.K.A Suggs). The book is due out in the Fall of 2012.  Horace Panter and Neville Staple of The Specials have previously published 2-Tone themed books as have Ali and Robin Campbell of UB40.

U.K. publishing house Quercus announced that they had purchased the world wide rights to Suggs' autobiography.  According to non-fiction publishing director Richard Milner at Quercus:


“Like millions of others, I was a huge fan of Madness growing up, and everyone at Quercus is hugely excited to be publishing Suggs’ autobiography. Popular music is littered with short-lived successes, but part of the reason Madness endures is Suggs’ literate, heartfelt and cheeky dissection of British life. His voice leaps off the page, taking the reader on an extraordinary journey in the company of one of our genuine national treasures.”

This will not be Suggs first book writing adventure.  He previously authored 'Suggs And The City: My Journey's Through Disappearing London' in 2009.  The book was billed as the Madness frontman's personal guided tour of the unseen nooks and crannies of his London hometown.

Suggs embarked on a solo spoken word tour earlier this summer dubbed 'Live Suggs' (which garnered good reviews) and much of the material that he performed will likely form the basis for his autobiography. Described as part music, part personal vision, part music hall extravaganza the show was 'a surprising, hilarious and sometimes sad story. He navigates his audience through his hooligan youth, the dangers of undreamed-of pop success at just 18. The brawling, the boozing and the riotous mishaps of a life he can still not quite believe is happening to him.' Watch videos below of Suggs spoken word show and of him performing the songs 'Baggy Trousers' and 'Shut Up'.