An Ode to John 'Brad' Bradbury of The Specials: Prince Rimshot Defined The 2-Tone Sound 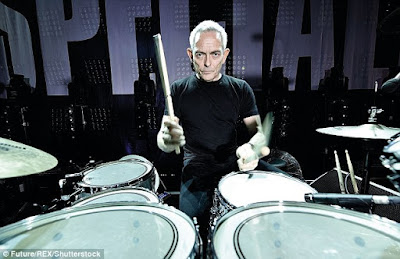 On what would have been his 64th birthday, I want to pay homage to John 'Brad' Bradbury.  While the The Specials have always been defined by its front men and songwriters, as a bass player I've always focused on the fantastic chemistry that existed between Bradbury and his rhythm partner bassist Horace Panter.

I think its fair to say that the timeless quality of The Specials sound was defined by the sound of Bradbury's drums. He played crisp, clean patterns that combined the energy and power of punk with the technical prowess of ska, rocksteady, reggae and soul. Bradbury's trademark bass drum and cymbal hits, Latin-inspired rolls and hi-hat figures set the standard for the 2-Tone sound and he elevated the 'rimshot' to a musical art form earning himself the nickname 'Prince Rimshot' along the way.  Below is an interview that Bradbury did with Rhythm Magazine in 20111 about his cool 2-Tone Pearl drum kit.

Bradbury always played Pearl Drums.  In fact, Pearl Drums were so popular with 2-Tone drummers that the company took out a print ad in 1980 at the height of 2-Tone's popularity (see below) that featured Bradbury, along with Jane Summers of The Bodysnatchers and Charley 'H' Bembridge of The Selecter. 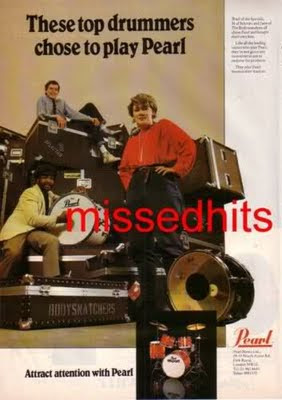 Now watch Bradbury in action on the kit performing 'Monkey Man' during The Specials 2010 tour stop in Toronto, Canada. Its a very unique overhead camera shot which gives you a birds eye view of the man doing what he did best. The secret for me is the timbale like tuning of his snare and the cymbal crashes which are the heart and soul of each and every song by The Specials.