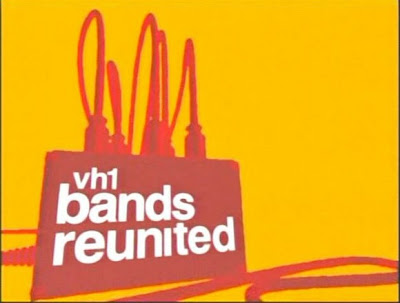 Though 2-Tone officially died in the early 80's when The Specials and The Selecter split, the musicians who performed in these bands as well as other bands associated with the label like The Beat, Madness and Bad Manners have kept its legacy alive over the last 30 years. While other bands have risen from the ashes of 2-Tone and retained some of the essence and magic -- Fun Boy Three, General Public, Fine Young Cannibals, The Madness, Crunch, Buster's All-Stars and Special Beat -- there is nothing like hearing, seeing and experiencing the original versions. I think that explains the initial excitement and joy surrounding the The Specials reunion shows and the ongoing longevity and fan support for Madness (who released Can't Touch Us Now in late 2016), The Selecter (who released Subculture in 2015 and are touring the UK this spring ) and the dueling versions of UB40 (UB40 and UB40 Featuring Ali, Astro and Mickey) that continue to tour and release new music. Sadly, none of these bands -- aside from Madness -- include the original founding members. It may be unrealistic to expect band members to stick together over the years, but they often reunite. And that got me thinking about an aborted attempt to reunite the original version of The Beat thirteen years ago. 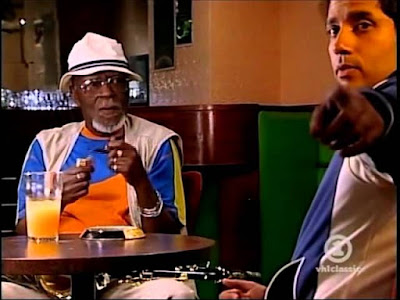 Back in 2004 there was a very entertaining program on VH1 called Bands Reunited. I am not ashamed to admit that I was a regular viewer and thoroughly enjoyed each and every episode. Part of the show's allure had to do with nostalgia but also the possibility of reconnection. There was a great quote from the shows executive producer Julio Kollerbohm, who was quoted in an Entertainment Weekly interview at the time saying that he believed viewers were responding to the universal theme of mending broken relationships. 'These bands are like dysfunctional families that haven't spoken in sometimes 10 to 20 years. They're making peace with that period in their lives,' he says,'Even if [the reunion doesn't happen], it's going to make for good TV.'"

And so, for one short moment in time, the program attempted to do what no one has been able to do before or since -- convince the original members of The Beat to reunite. Like The Specials, The Beat occupy a very special place and time in musical history and in the hearts of their many fans, Like The Specials, the bad feelings and acrimony between the original members lingers to this day with both Dave Wakeling and Ranking Roger leading their own versions of the band separated by the Atlantic Ocean and bassist David Steele and guitarist Andy Cox estranged from one another and on to other endeavors. Nevertheless, way back in 2004 there seemed to be an opportunity for a reunion, or so the producers of Band's Reunited and its chirpy host Aamer Haleem, would have lead us to believe.

For the uninitiated, Bands Reunited consisted of the shows host, producers and crew hunting down the ex-members of the band one-by-one, and convincing them to agree for the one-time concert; the members were "contracted" by signing a record album by their former band. The band members were then interviewed, usually focusing on the reasons for the breakup. The final segment would consist of the formal reunion of the band in the rehearsal studio, and a joint interview about why the group originally parted ways. If the reunion was successful, the episode ended with a final performance before a sold out club full of gleeful fans.

Like all reality shows, the outcome was often known in advance. By that I mean the 'will they or won't they' of whether or not a band would reunite was pretty clear to the show producers as they documented the process of tracking down band members. In fact, the behind the scenes string pulling and contractual negotiations with band members have been detailed. Kurt Harland, the lead singer of Information Society detailed his negative experience with the program on his website, and how they differed from the portrayal of events as broadcast. Its a fascinating read.

Alas, VH1 did not deliver a happy ending on The Beat's edition of Bands Reunited. Cox and Steele, despite an impassioned plea from the aging Saxa, refused to reunite with their former band mates. When one of your band mates is pushing 80, opportunities to reunite grow dimmer by the year. And that was that. Or so it would seem. In a newspaper interview back in 2008, Wakeling provided an inside look at the maneuvering that took place behind the scenes as the producers for the shows tried to make something out of nothing.

According to Wakeling, the whole experience was unpleasant. "It was a beast. It was funny as well, knowing what was going on behind the scenes. I don’t want to say much about it. I knew that it wouldn’t work to get the group back together. I was being interviewed and agreed to be a part of it, knowing that it wouldn’t happen. There were two people in the group that refused to even be in the same room together. I phoned VH1 and said I can’t do this, it’s going to take me away from my family and it’ll take too much time. They came back and said we’ll take you and your family and pay all your expenses to fly back to England. At that point, I felt I didn’t have a choice because it was such a great offer. Then the whole thing became comedic because they were staking out Andy Cox. What they didn’t realize, is that he takes that sort of thing very seriously and he started monitoring them! He could look out his window and see their reflection in the windows across the street. He showed me a log he started keeping, tracking when they were in front of his house. Roger got a gig while we were there and they got all the instruments together and set up chairs for everyone. Not everyone showed up, but they asked those of us that were there, to play a song. We agreed and started to set up when suddenly Roger went mad and made them turn the cameras off and take away all the instruments. But I had a great two weeks in London for free and my family enjoyed it. I think the premise of the show was good, but they started to get desperate and I think that The Beat got a whiff of it and that caused it to fail.

The problems, Wakeling shared, emerged once it began to look as if a full reunion of the Beat wasn't possible. "At that point, I suppose the producers have a dilemma of how to create some drama to make an interesting TV show, so they started to play games behind us, trying to get that band members to phone this band member, or to get that band member to go around another band member's house," Wakeling said. "After it was all over and done, the people who were reluctant to do it felt they'd been publicly ridiculed by VH1. They said, 'there's always been an off chance of the full band reuniting, but that VH1 show was the nail in the coffin.'" "So VH1 finally killed the Beat," Wakeling laughed. "Thanks a lot."


In case you missed the series or the episode featuring The Beat when it originally aired in 2004 or live outside the U.S., I've posted the entire episode below.