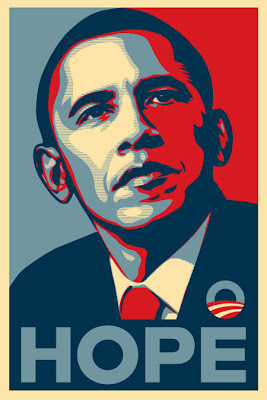 Finally, after almost 2 years of non-stop campaigning, the U.S. Presidential election enters its final day. As a student of U.S. politics in college I have to say this has been the most engaging and interesting election in generations. As a student of ska and reggae music, it has also been an election that has generated a lot of music in support of Barack Obama. Indeed, the reggae community has come out in full support of Obama with very catchy songs from Steel Pulse and Cocoa Tea."This is not about class nor color, race nor creed," the veteran dance hall crooner sings in a version posted on You Tube. "It's about the changes, what the Americans need." The song goes on to call Obama a "trendsetter" and urge Americans "to unite as one" behind him. Cocoa Team becomes the second major Caribbean musician to endorse Obama in song, joining Trinidadian calypso star Mighty Sparrow who recently recorded a track titled "Barack the Magnificent."

On the historical significance of Obama's pending election victory, here is an amazing clip of Senator Robert Kennedy who correctly predicted in 1968 that the U.S. could have a Black President in forty years time. What's more, the similarities between Kennedy and Obama and the times in which they ran are striking:

In anticipation of his election tomorrow, here is a short clip of Barack Obama doing the ska in time to The Skatalites "Guns Of Navarone":

If you happen to live in the U.S., please be sure to vote tomorrow. Here's to hoping we turn the page on 8 years of George Bush/Dick Cheney and look to a more hopeful future lived in harmony together with our neighbors around the world.
Posted by Marco On The Bass at 7:46 AM