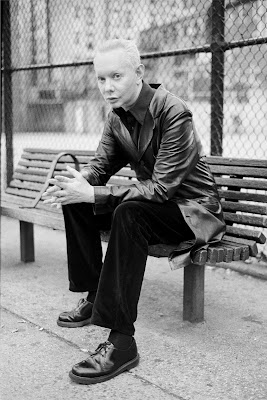 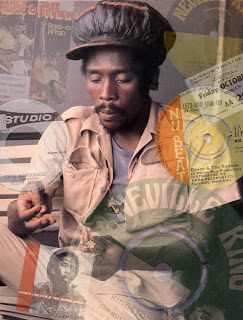 The musical collaboration between Jamaican reggae artist Lincoln Thompson and English pop musician Joe Jackson and his band on the 1980 reggae album "Natural Wild" would seem an odd one on the surface. While reggae was incorporated by many of Jackson's contemporaries into their sound (The Clash, The Ruts, The Members, Elvis Costello), this was a true, working musical partnership between two artists looking to try something new. Though different in the most obvious ways (a practicing Rastafarian and a newly famous UK pop and new wave star), the similarities between the two artists is striking. They were both self-styled, eclectic artists who were interested in experimenting with new sounds and breaking from convention and both were extremely adept at converting their own sense of the world's injustices into their art. Given the 2-Tone era and the emergence of a homegrown UK reggae scene, the partnership seems more likely and clearly served as a major influence on Jackson releasing the ska and reggae heavy "Beat Crazy" in late 1980 after his work with Thompson was complete.
Lincon Thompson started his musical career with Cedric Myton in a rocksteady group known as The Tartans in Jamaica. He later scored minor hits working with Coxsonne Dodd and then left for the UK where he signed a contract with a subsidiary of United Artists Records. At the time, he and his band, Prince Lincoln Thompson & the Royal Rasses seemed on the verge of crossover stardom with their very progressive variation of international reggae. Thompson wrote memorable melodies as well as incisive lyrics and was open to far wider influences than most of his roots compatriots and this lead to his collaboration with Jackson who helped to produce the album and along with members of his band performed on three of the tracks.
The results of the "Natural Wild" sessions are definitely worth a listen. It is distinctively a reggae album, but has a lot of little Joe Jackson traits buried in it: his piano, his band mates vocal harmonies, Graham Maby's funky bass, Dave Haughton's drumming, Gary Sanford's guitar solos and although there were reggae players involved in the recording (Ansell Collins), the three songs Jackson and his band back are colored with their feel so they stand out as a unique subtle hybrid of roots reggae with hints of pop. In many ways, "Natural Wild" had a major impact on Jackson and his band and helps explain the radical sound departure of "Beat Crazy" recorded later in 1980.

Beat Crazy was the follow-up, as well as the last album to feature the original Joe Jackson Band line up. Eschewing the new wave style of Jackson's earliest efforts in favor of a blend of influences including ska and reggae, Beat Crazy failed to chart heavily with its singles, and by 1980 the group had split up. It's clear however that Jackson's interactions with Thompson only bolstered his growing interest in music other than contemporary pop and can be seen in his later work.

Below is the track listing and download for "Natural Wild":

Thanks a lotto,
Hard to find downloadable Rasses and all that.
Natural wild is new to me. Nice to meet. True experience is a wonderful album but hard to get. Maybe I should convert my copy to digital (pbthal-way). Ok, i promise.
You gotta have lots of Jah love (+peace)
rudiment4you

Thanks a lotto, Marco

Hard to find downloadable Rasses and all that.
Natural wild is new to me. Nice to meet. "True experience" is a wonderful album but hard to download. Maybe I should convert my copy to digital (pbthal-way). Ok, i promise.
You gotta have lots of Jah love (+peace)
from rudiment

Give thanks Lotto,
the background insight on this classic album, from whom I consider one of the most underrated reggae bands of all time, was priceless.' Each one Teach one'