Marco On The Bass Podcast Series: Best Songs of 2009 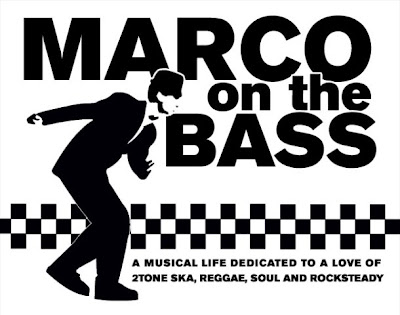 Happy new year, Marco. Looking forward to listening to this podcast.
"Lebanon" is also a favourite of mine.

Thanks for the New Years wishes Ron and Joachim! I look forward to seeing where 2010 takes the blog.

Hi Marco, Great selection of tunes there mate. Happy New Year to you and all Ska people out there. I'm not to sure how 2010 can beat 2009 especially on the reunion side. Hopefully 2010 can bring us some magical moments that have been lost for a generation or two, or have become faded memories.

Here's to memories, Forever shall they live.....and Dance.