The Specials Confirm Coachella date for April; NY and LA dates in the works!? 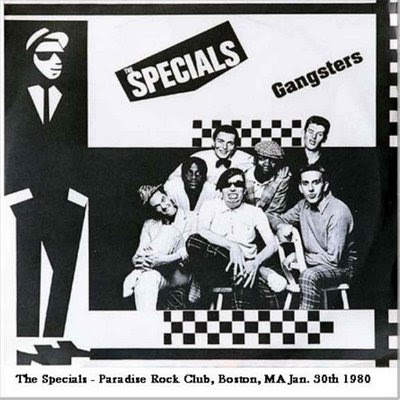 Despite the tight lipped approach that The Specials and their management are taking in not discussing or even acknowledging a U.S. tour this year, it would appear that plans are afoot for The Specials to take on America for the first time since 1980.  It was just announced that the band are confirmed to play the opening night at the Coachella Valley Music & Arts Festival on Friday April 16, 2010. The band will be joined by Echo & The Bunnymen and the reformed P.I.L. giving the festival a decidedly early 80's feel.
If the band follows the template of their 2009 UK tour, it would make sense that they would play a festival or two here in the U.S. to reach a large audience to build media and fan buzz followed by a small 10-12 date U.S. club tour as a headliner.  The delay in announcing dates may be due to negotiations with a large U.S. concert promoter and on whether or not they will headline on their own or bring on a band with a comparable draw to ensure sell-outs.
I connected with the band's guitarist Roddy 'Radiation' Byers to check in with him about a U.S. tour.  Byers towed the party line about sharing any details (which I know must be killing him!) but did share that venues keep changing for a possible U.S. tour and that there is no news about possible support acts stating 'They usually ignore my choices anyway!' Byers did give hope to fans living in New York City about a possible show here, when he said he was looking forward too doing a bit of shopping in the Big Apple, stating 'I need some more engineer boots and a new bike jacket.'
The Specials have not been on American soil since a grueling 6-week, coast-to-coast tour launched in January 1980 (one of the colder winter's in U.S. history) all but broke the band up.  Many U.K. bands have been unprepared for the distance between U.S. cities and the amount of travel time that is required to go from the east coast of the U.S. to the west coast and everywhere in between.
While The Specials may have been ready to kill each other off stage, on stage they channeled their anger at one another into stellar live shows.  They opened a number of shows for The Police during the tour, whipping crowds up into such a frenzy that they often stole the show from the headliners.  Adding to the band's fervor had to be Jerry Dammers edict that the band not travel in a 'rock and roll' style, banning limos or stays in expensive hotels while in the U.S.  Horace Panter documented this in great detail in his memoir 'Ska'd For Life'  noting that the band's tour manager was sent ahead on some occasions to ensure the band's accommodation were not too luxurious. In fact, Jerry Dammers hated touring the U.S. so much that not even finding out that their EP "Too Much Too Young" had gone #1 in the U.K. could raise his spirits.
Here is rare footage of the band's performance at Hurrah's in New York City in January 1980:

To celebrate the band's imminent arrival back in the U.S., below is the track list and download link for The Specials performance in January 1980 at Hurrah's in New York City. The band should expect the same exuberance from American crowds and New York crowds in particular.

That is amazing news. I've waited in anticipation to see them live. Terminal 5 isn't the best, but it'll do. As far as opening acts, let's hope a reunited Bim Skala Bim or Hepcat, maybe The Slackers get opening slots. Gonna be alot of fun.

Hey there - Just wanted to mention that the last time the Specials played in NYC was August 1981. Billboard magazine has a review of it right here: http://books.google.com/books?id=QiQEAAAAMBAJ&pg=PT37&lpg=PT37&dq=%22the+specials%22+%22pier+84%22&source=bl&ots=AFQMwgS5SO&sig=R8lFYTpzl-JLi0mZbVSyqdXoYqA&hl=en&ei=EtpZS6eTNNWZ8Aac8_TzBA&sa=X&oi=book_result&ct=result&resnum=7&ved=0CBoQ6AEwBjge#v=onepage&q=%22the%20specials%22%20%22pier%2084%22&f=false

You are correct Karate Boogaloo! Thanks for link to the Billboard review. Great stuff!

I remember it well as I wasn't able to go for some reason. A friend of mine did go & he brought me a t-shirt which I wore for many years afterwards.

"The Specials have not been on American soil since a grueling 6-week, coast-to-coast tour launched in January 1980"

I'm just curious as to what constitutes a legitimate reunion of a band because I saw the Specials here in the U.S. back in 1996 with most of the original members? Surely many bands have had reunion come back tours w/ even fewer original members than I saw then.
Perhaps it is just marketing BS since it sounds better to say "First Time back int the USA in 30 Years" as opposed to the 14 years it has really been. Either way, I think this will be a kick ass show and hope to be there! Thanks for bringing it to my attention.

Hi Matt C. The Specials Mk2 featuring Lynval, Neville, Horace and Roddy had the blessing of the other 3 members of the band who did not participate.Though technically it was a 4/7 of the band, I supposed 6/7 of the band this time around is purer because Terry Hall's vocals and John Bradbury's drums add the missing pieces that make The Specials the band they are.

The difference this time is that Terry Hall is fronting the band. This is the first time since the early 80's that this has happened despite the fact that various line ups have played since then under the name.

I had word from a good source that tickets will not go on sale this Friday. Apparently Bowery Ballroom jumped the gun in their announcement. There will be another announcement on Tuesday about tickets.