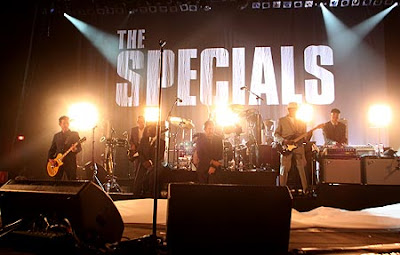 Following confirmation of am appearance at the Coachella Valley Arts & Music Festival on Friday April 16, 2010. The Specials have confirmed a show in New York City on Wednesday April 21st at Terminal 5. Tickets will go on sale Friday January 29th.
So while we all know what to expect from the band, what can be expected from the venue? Touting itself as the 'Largest Midtown Venue To Open In More Than a Decade' when it opened, Terminal 5 is the largest capacity venue for the Bowery Presents team to date (capacity 3,000). The former Latin/Hip-Hop venue Club Exit underwent a multi-million dollar renovation creating a 40,000-square-foot multilevel venue. The main floor features 40' ceilings, unobstructed sightlines and a first and second wrap-around mezzanine provide excellent views of the stage. 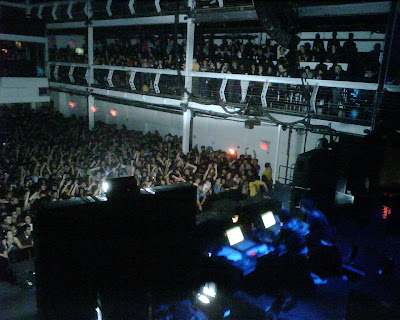 So what about the sound? Reviews have been mixed. It is true the sound is not great, and something that should be noted is that Bowery Presents in all of its other venue's (Webster Hall, Bowery Ballroom, Music Hall of Williamsburg and The Mercury Lounge) had chosen either EAW or Meyer Sound speaker rigs - basically the Ferrari and Porsche of pro loud speakers. For some reason a JBL system was the choice here, which is sort of the Mercedes C-Class of the group which is fine for the layman, but live sound enthusiasts will not be impressed. The club is located on the far west side of Midtown Manhattan at 610 West 56th Street between 11th and 12th Avenues which can make for long post-show avenue walks to the subway in a fairly desolate area.
I expect the entire New York City ska scene to be energized and mobilized by this show and its announcement will kick-off weeks of speculation about whether The Specials will select a local/regional ska band to play the show or will already have a support band in tow for the entire tour. I will be planning a post-show after party at a local bar in Chelsea and hope to have a few members of the band and their entourage there. More details to follow.
Posted by Marco On The Bass at 7:23 AM

I have a work commitment that very same night (I'm running a Benefit), so there is no way that I can see this show...but maybe I can make the afterparty (I suspect I know where you're thinking of holding it...).

Sorry you will miss the show Steve but glad to hear you can make an after party. It will come right after the other event which should make it easy to promote. Let me know if you think you can DJ.

I'll see you there Marc!

Yeah I'm made up that they're rolling it out & that you're getting to see them in NYC...the venue won't even be an issue man!

The whole world needs The Specials.

I went to buy my tickets a few minutes ago, and the show disappeared...

Any word on the specials show, it seems to have disappeared from the terminal 5 web site, and ticket master has no info.

From what I have been able to find out, Terminal 5 jumped the gun in announcing the show and posting that tickets would go on sale. The best available information I have is that they will now go sale some time next week. For some reason The Specials management has become very secretive about their plans for U.S. shows other than Coachella. There is an unsubstantiated rumor that the band is planning a larger US tour but this first one this Spring may just be a few dates here and there. Stand by...