New York Loves The Specials!: First Show Since 1981 Is A Scorcher 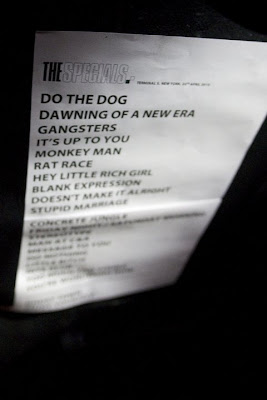 While I was not at the show last night at Terminal 5 (I was tending to the details for the after party at Dusk Lounge), old and new fans alike related to me that the band were incredible. Its hard to describe the emotions people are feeling after waiting so long to see the band, but to a person everyone describes an undeniable energy and musicianship that is unsurpassed. 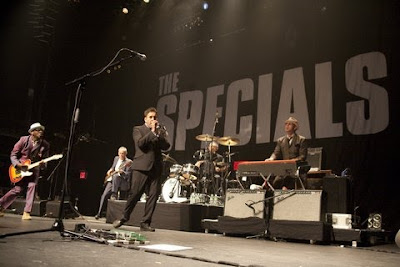 I think the band has some love for New York as well. Apparently Neville Staple was right inside the front door of Terminal 5 signing autographs and taking pictures with fans. Terry Hall felt comfortable enough to leave the stage during 'Nite Klub' to 'use the loo' letting the band vamp on the bluesy intro until he returned from doing his business. Finally, the horn section was said to have enjoyed a libation or two on their day off in the city on Monday.
And they do it again tonight!
Posted by Marco On The Bass at 12:02 PM