What's It Like To Tour With The Specials? - Saxophonist Drew Stansall Provides An Insiders View 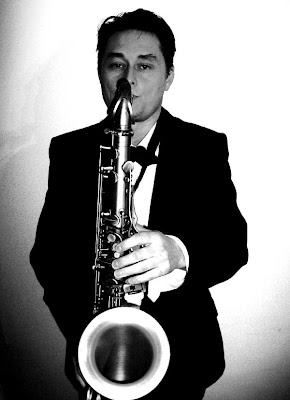 I can confirm that there may be no greater thrill as a musician than to meet and perform with your musical heroes. That experience can only be topped by the chance to join a tour with them and become part of their band. Drew Stansall, a talented and in-demand saxophone player grew up as a fan of The Specials in the Midlands of the UK in the late 70's and early 80's during the height of 2-Tone mania. Now, he is part of the excellent 3-piece brass section supporting the band during their 30th anniversary tours of the UK, Australia, New Zealand and Japan as well as the upcoming US tour which kicks off with an appearance on Late Night with Jimmy Fallon on April 13th.

Stansall's musical pedigree is striking and he is a renowned musician in UK ska scene. Before landing a dream gig with The Specials, he played and recorded with a who's who of Jamaican ska pioneers: Prince Buster, Laurel Aitken, Alton Ellis, Derrick Morgan, Owen Gray, Rico Rodriguez and Symarip. For many years Drew has been at the forefront of the old school UK ska scene including many resident performances at the prestigious London venue 'Club Ska'.

With interest in The Specials US tour just starting to peak and with two shows in New York at Terminal 5 fast approaching, I wanted to provide readers a chance to learn more about Stansall, who is one of the very talented musicians who are part of the The Specials band. He also has a great perspective on ska music and the old school ska scene in the UK.

Where did you grow up in the UK?
Leicester Midlands UK

When did you first pick up the saxophone?
In 1995. I used to play guitar before that.

How were you first introduced to ska?
In 1979 when I first heard The Specials. I've always loved their vibe and sometime later I started to dig deeper into the history and birth of ska.

When did you first start performing ska music live?
In 1997 I joined a ska band called The Splitters. 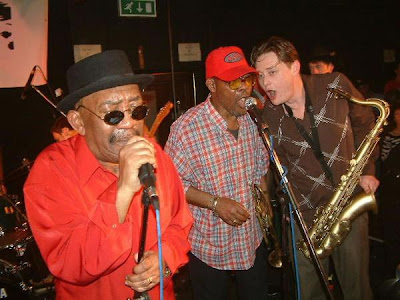 How did you end up performing with the cream of the crop of Jamaican ska and rock steady artists like Prince Buster, Laurel Aitken, Alton Ellis, Derrick Morgan, Owen Gray, Rico Rodriguez and Symarip?
While playing with The Splitters around 1998 I ran into Laurel Aitken who also lived in Leicester. He was looking for a brass section. We started playing for him for many years and grew to be great friends right up till he died. Laurel's band at that time was called Freetown and they also used to back Derrick Morgan, Owen Gray, Rico and Alton Ellis so I was a part of that scene of musicians who used to play a residency at Club ska in London who used to book all the Jamaican artists. We ended up playing many gigs in London and Europe with these artists for around 5 years. Later I was asked if I would like to play tenor for Prince Buster (yes please!) and later still Symarip. The Prince Buster brass section are now The Specials brass section. 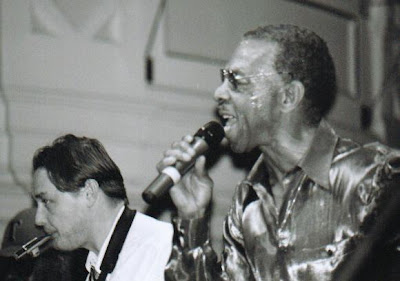 Can you share any memorable experiences of performing with these artists?
Far too much to share but each had their own way of doing things. But one thing they all have in common is a real love and passion for what they are doing and so did I. 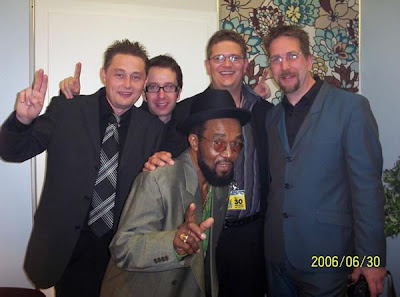 Its quite an honor to be invited to tour with The Specials. How did you get involved with band?
Again one thing leads to another and so on but I knew Roddy (Byers) the guitar player for many years and Jon the trumpet player with the Specials Mk2. So with the 3 of us also playing with Prince Buster and knowing Roddy and Jon, this is how I joined the band. 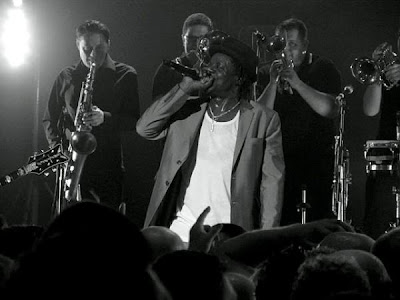 What were the two UK tours like?
Amazing, emotional and scary! Especially the first few gigs the atmosphere was incredible, electric, the fans came in the thousands and they were emotionally charged up after waiting 30 years. It was an unbelievable experience, everybody including the original 6 were totally overwhelmed.

What kind of reaction did you get in Japan and Australia last summer?
The reaction was the same 'emotional charged' although I think more so in Japan than Australia and NZ 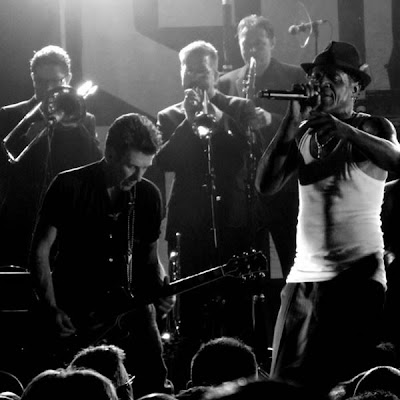 Can you share any unusual experiences from the tour so far?
Well none of it is what you would call normal. Its all very surreal at times especially rehearsals with The Specials after being a fan of them for so long. Now I'm used to it all and get on very well with everyone which is very nice - it feels like a big family now. There are a lot of people involved in The Specials not just the band and I feel I have made many friends

What is your favorite song to perform live with The Specials and why?
I have always loved 'Nite Klub' because its just a great song and a song that now takes me back to when I was a youth. The Specials lyrics relate to all parts of my life and to most peoples lives back then and still now. I also love playing 'Man at C&A' and 'Hey Little Rich Girl'.

What can American fans of the band expect from the upcoming shows? OOOOOOOOOOOOOOhhhhhhhhhhhhhh that would be telling. but trust me don't miss out - its going to make the hairs on the back of your head tingle, put tears in your eyes and you will be singing every word all night.

If the band records a new album do you expect to join them in the studio?
Yes. If they do, I would be very proud to be involved

Tell me about your own band El Pussycat who are at the forefront of the old school ska scene in the UK? What is the old school ska scene in the UK like these days and what is your take on the American ska scene?
I formed El Pussycat in 2001 to play ska the old school authentic Jamaican way and keep to that sound which we have been true to for all the years. There are usually 7 of us in the band including double bass, brass, keys, guitar. We play ska the way it used to be back in the 60's, when ska first came out it had a swing/RnR vibe to it and this is what we want to re-create. We have played many places including NYC please check out our MySpace site and see for yourself

I guess the old school UK scene and the US scene are pretty similar there are many great bands out there doing their thing for the love of it but to find it you gotta dig deep its all underground. Radio DJ's won't talk about it and you find a lot of people stumble across it and don't know what it is but they know its good music so will start to follow. Ska music is a sunny education given to the world by Jamaica. My favorite US bands are The Slackers, The Aggrolites, King Django, Jump with Joey, Dem Brooklyn Bums and Bigger Thomas of course!!

Stansall and other members of the band hope to attend the 'This Art 2-Tone' exhibition at Dusk Lounge in New York City following The Specials shows on Tuesday April 20th and Wednesday April 21st. If you are going to the show, be sure to come on by, say hello and buy him a pint!
Posted by Marco On The Bass at 2:37 PM

Great stuff. I saw El Pussycat a while back. Django had them for a Version City Party at the Knit on Leonard St. They were incredible.