This Is England '90 Gets The Green Light! 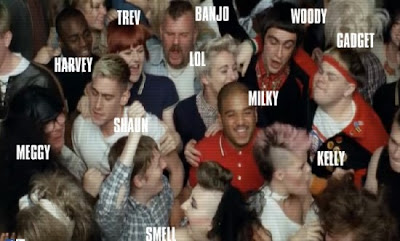 A website dedicated to director Shane Meadows announced the news but did not reveal when the series would be hitting small screens in the U.K.. The post quoted Channel 4's head of drama Camilla Campbell as saying: 'This Is England will be returning to C4. It is a continuation of the same characters four years on, looking at rave culture and the World Cup. Shane is brimming with ideas and we are really excited.' So am I!

This is England 86, a four-part television series developed by Meadows, took on the story from the director’s award-winning film 'This is England', which was partly based on his life growing up in the north of England in the 1980's. Audiences took the TV series to its heart and it proved a ratings success in the U.K. garnering widespread critical praise. The UK newspaper The Guardian's television critic named the series as his best drama of 2010.

The new series will follow main characters Shaun, Woody, Lol and Milky four years after the previous show, which caught up with them three years after they were seen in the film.

The DVD of the movie is a great holiday gift and a version that can be played on DVD players in the U.S. is now on sale at Amazon.com below: