Neol Davies' Version of The Selecter Kicks Off 2011 With London Show: ENTER TO WIN 2 FREE TICKETS TO THE SHOW! 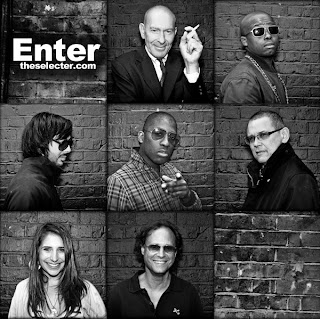 In all the frenzy around The Specials 30th anniversary reunion tours during 2009 and 2010, their 2-Tone label mates The Selecter have marked their own similar anniversaries in a very different fashion. Unfortunately, the band have split into two separate camps, with Pauline Black and Arthur 'Gaps' Hendrickson and their band on one side and Neol Davies and his band on the other.  This is a sad state of affairs for all involved, but particularly for fans of the band who have wanted to celebrate The Selecter's amazing musical and cultural legacy.  Whatever the reasons, the band and all its original members deserve to receive recognition on their own 30th anniversary in 2009 and on the release of their landmark 'Too Much Pressure' album in 1980 (which Black and Hendrickson's band marked with a stellar show at the Bloomsbury Ballroom in November).

After debuting his new band with a show at the Hoxton Bar & Grill over the summer, Davies' version of The Selecter are kicking off 2011 with a show at Koko in London on Saturday January 15th with support from the amazing Ska Cubano.  And as a special Christmas gift, the good people at Soundcrash Music are making TWO FREE TICKETS to the show available to readers of the Marco On The Bass blog (more on how to win those at the bottom of the post).

I recently connected with Davies to learn more about his band and their plans for the new year. He confirmed via e-mail that his band has plans to tour and to release new music in 2011: I'm looking forward to the gig at Koko next year and the others that are planned. We can't announce next summer's festival gigs yet because the festivals haven't finalised their line ups but I can tell you they will be well worth seeing. The new version of The Selecter that I formed this year made a great start with the 1st gig in London in July and we are in the middle of recording a new single called 'Dolla fe Dolla'. We will have a new album out as soon as we can record all the new songs!!

Davies also told me a bit about the members of his new band (confirming that the band does indeed include three trombone players!) as well as the new songs they will be playing: The new version of The Selecter has John Gibbons as the singer, Daniel Crosby on drums, Andre Bayuni on bass, Tim Cansfield on guitar, Dean Ross on Hammond organ/piano, Faye Treacy, Hannah Taylor and Ellie Smith on trombones and Victor Trivino on percussion. Having 3 trombones in the band is a joy and of course a real Hammond is a must-have for my music. Some new song titles for the new album from The Selecter are, 'Haunted', 'One Mother', 'Shake The World', 'Times That You Wished You Could Fly' (probably my longest ever title!!) and one or two instrumentals, 'Return of The Selecter', and some film themes that I've re-arranged plus a cover or two.

Below is video of the band performing new songs 'Haunted' and 'One Mother' live from the Hoxton Bar & Grill show:

If you would like to be entered to win two free tickets to see the show in London then send an e-mail with with the subject 'Selecter Tickets' to marcoonthebass@gmail.com. I'll pick and notify a winner on Christmas Day!

Tickets for the show at Koko on Saturday January 15th are available from Soundcrash Music. To learn more about Davies and his new band go their web site. The Selecter's two albums would both make great holiday gifts for the 2-Tone fan in your life.  They are both available below from amazon.com as a CD or as MP3 downloads.