Terry Hall Confirms The Specials 2011 Tour Will Be Their Last 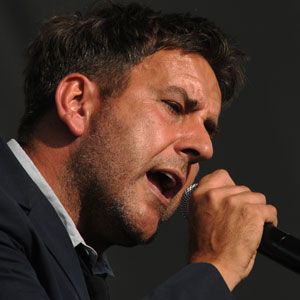 If you haven't had a chance to catch The Specials amazing live show yet, then as they famously sing in their song 'Enjoy Yourself,' it may be later than you think!

After confirming the band's plan to take to the road again in 2011, the reunited band's lead singer confirmed ongoing speculation that their just announced 2011 tour of Europe and the U.K. will likely be their last.  Hall commented in an interview with Scottish newspaper The Daily Record: "It's really good fun. It's lovely to be doing it again but it's not going to be an ongoing thing. Next year, we'll round it off because we have done what we needed to do."

It's good that Hall and company have finally come clean. Despite some earlier media reports that the band were planning to write and record new music (stating that fans should expect something 'fantastic'), it seem that they have instead decided to stick to just playing songs from their two albums and one EP. According to Hall, "I wanted to hear those albums and that's what 99.9 per cent of the people who come to see us want to hear."

And what of band founder Jerry Dammers? Loyal fans had hoped to finally see all seven original members perform together, but Hall also put those rumors to rest stating, "There's still a lot of friction between him and a couple of band members which I couldn't relate to at all. You've got to forgive and forget. He wanted to do something but he didn't want to tour but he got outvoted six to one and he then decided he didn't want to do it." Putting the final word on the reunited version of the band, Hall added, "Part of the reason I enjoyed the dates we have played so much is that it is a celebration of what we are and what we were."

Tickets for all European and U.K. dates are now on sale on the band's Website (along with an opportunity to bundle purchase of tickets with their live tour DVD). Those of us in the U.S. remain hopeful the band will finally perform a coast-to-coast tour during the summer. Stay tuned.
Posted by Marco On The Bass at 9:45 AM

I think it's quite sad if they are not recording any new songs. Hopefully they change their mind.

Hello I'm from Argentina and I'm planning to go to UK but only if they're still on tour.
My problem is that I don't think I'll get money until 2012.
Is it still true that 2011 is their last tour??

Hi Lepo! Any thing is possible but if there is any way you can beg, borrow or steal the money to see the band on this tour I would recommend it. Better to be safe than sorry!