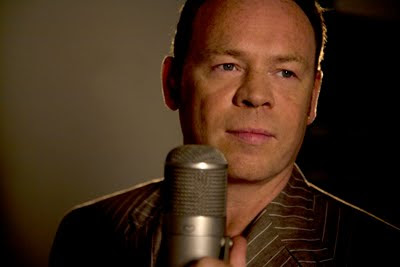 Former UB40 lead singer Ali Campbell has just announced 6 dates for a short U.K. tour that kicks off this coming May.  Campbell is touring to promote 'Great British Songs', his 'Labour Of Love' like album of reggae covers of songs by a diverse group of British music artists like The Beatles, The Rolling Stones, The Who and Roxy Music. Tickets for the shows go on sale Friday February 4th.

Campbell's former band mates in UB40 wrapped up a sold-out U.K. tour this past fall to celebrate the 30th anniversary of the release of  'Signing Off' which they performed in its entirety.  The band also re-issued the iconic album as a deluxe CD with additional songs and a DVD of a live show from 1980.  UB40 are reportedly back in the studio recording an album of new material.

With Campbell finally playing a series of shows in the U.K., hardcore fans of both UB40 and Campbell (who have split into factions --  for a flavor of some of the animosity between fans loyal to the band and its former singer just check out the community pages for either groups web site) will finally get a chance to see him and his Dep Band (featuring former UB40 keyboardist Mickey Virtue) live in action. It should be interesting, given that Campbell took some verbal potshots at his former band mates during promotion for 'Great British Songs' back in October which also happened to coincide with the kick-off of UB40's 'Signing Off' U.K. tour.

Though he often bills himself as UB40's Ali Campbell (which he has a right to do, but has to frustrate his former band mates), the singer is clearly making strides to separate himself from his legacy with UB40 while using it to his advantage to market himself.  He is part of the sold-out 'Reggae Britannia' concert this weekend and will feature (with his brother Robin) in the BBC documentary of the same name.  Campbell is also gearing up to release a DVD of his 2008 concert at the Royal Albert Hall in London featuring performances and interview footage of him performing together with guest artists including Sly and Robbie, Kim Wilde, Pato Banton, Lemar, and Beverley Knight. The show was among his very first as a solo artist after splitting from his UB40 band mates in early 2008. The DVD will be released on March 21st 2011 and can be pre-ordered from Amazon.co.uk. The track listing for the DVD is heavy on material from Campbell's solo albums but also includes his trademark calling cards with UB40 -- 'I Got You Babe', 'Red Red Wine' and 'Kingston Town' -- among others.

Campbell's UK Tour Dates are below:

My word -- this has caused quite the shitstorm on the UB40 forums..