Touched By The Hand Of Jah! - Rare 1982 New Order Cover Of Keith Hudson's 'Turn The Heater On' 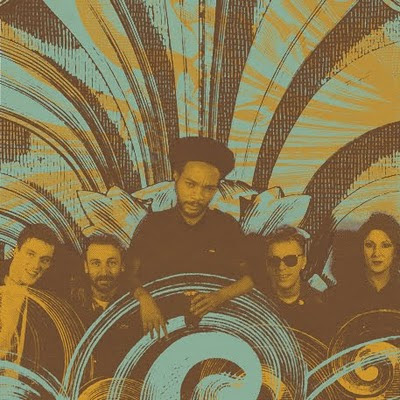 It may come as a bit of surprise, but Joy Division's lead singer Ian Curtis was an unabashed fan of reggae music.  Like many of his punk and post-punk musical contemporaries (Joe Strummer and John Lydon come to mind), he heard reggae music growing up in the early and mid-1970's before starting Joy Division.

Reggae inspired Curtis to introduce the melodica to his Joy Division band mates. Though originally considered a child's instrument, melodica became popular in Jamaica and featured prominently in 70's dub reggae, used frequently by Augustus Pablo who made it his musical trademark. While melodica only made it on to one Joy Divisiion track (the song 'Decades'), New Order inherited the melodica from Curtis after he died employing it on well known tracks 'Your Silent Face' and 'Love Vigilantes.' Melodica also features on New Order's rare reggae inspired cover of  Keith Hudson's song Turn The Heater On' from his 1975 album 'Torch Of Freedom' album which they recorded in 1982 for a John Peel radio session as a tribute to Curtis - who had been a huge fan of Hudson.

Known as the 'Dark Prince of Reggae'. Hudson was a true reggae innovator who initially used money earned as a dentist's apprentice in the late 60's to rent studio time to record and produce other artists including Delroy Wilson, Alton Ellis and Big Youth.  Later he focused his efforts on writing and recording his own songs and albums releasing 'Flesh of My Skin, Blood of My Blood' described as 'reggae's first true concept album', with lyrics relating to black history and "conscious" themes and followed it with 'Torch of Freedom' which featured vocal cuts with their instrumental versions following immediately after, an extended play format that was to come into fashion in Jamaica a few years later.

New Order's take on reggae on 'Turn The Heater On' is instinctive, and although it's much faster and lacks the groove of Hudson's version, it's modern sound via synth drums and keyboards is very fitting and sounds like an original rather than a cover.  The band would later record a cover of Jimmy Cliff's reggae classic 'Viet Nam' for the 'War Child' compilation.

Have a listen to both tracks below for a side-by-side comparison.

Thanks to the Versions Galore blog for use of the picture of Hudson with New Order!
Posted by Marco On The Bass at 3:40 PM

I have a copy of this disc named Jah Division - Dub Will Tear Us Apart. It's actually pretty good.