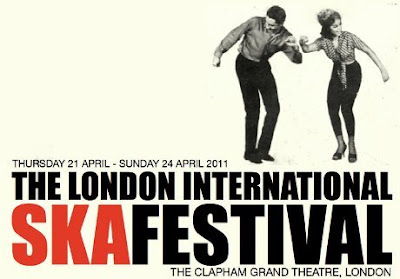 Its just exactly two months out from the start of the London International Ska Festival and if you have not made your travel plans or purchased your tickets yet you better do it soon. One day tickets for the show on Friday April 22nd are nearly sold out. Here's the latest news and updates leading up to the festival:

The Loafers, featuring festival organizer Sean Flowerdew, had their very first rehearsal in 22 years this past weekend!  The band is scheduled to play a one-time only reunion show as part of the festival on Friday April 22nd. See the picture below: 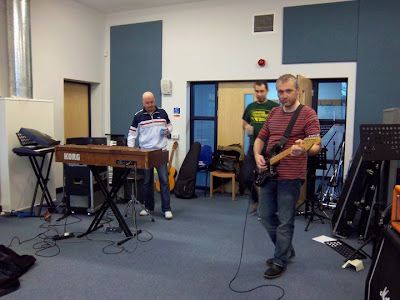 The other big festival related news is that Dave Wakeling and The English Beat have announced an additional show in the U.K.  Following their performance at the festival on Saturday April 23rd, the band will play a headlining gig at the 2-Tone Central Museum in Coventry on Saturday April 30th. They will be joined by a who's who of 2-Tone musicians including Roddy Byers of The Specials, Rhoda Dakar of The Bodysnatchers and The Special A.K.A and Jennie Matthias of The Belle Stars. Tickets are still available from the 2-Tone Central web site.

Finally, below is the festival schedule with the list of bands performing each night:

Full details and tickets available
Posted by Marco On The Bass at 12:36 PM