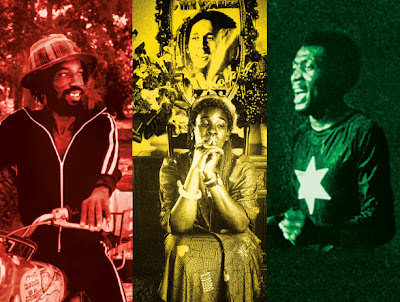 I can think of no better way to mark the 50th anniversary of Jamaican independence on Monday, August 6th, then by attending "Do The Reggae," a 14-film series screening at BAMcinématek in Brooklyn, New York, that is dedicated to the island nation's unique and widely influential musical tradition. The series takes it name after Toots and the Maytals’ eponymous song—the first to use the word “reggae.”

Although Perry Henzell’s "The Harder They Come" (1972—Aug 3) is widely considered the first, iconic film about reggae, Bafaloukos’ "Rockers" (Aug 2), showing theatrically for the first time in New York in over a decade in a new hi-def restoration, is the original artifact of Rasta cinema. The film follows renowned Studio One drummer Leroy “Horsemouth” Wallace playing himself in powerful portrait of surviving in a Kingston shanty town.

The classic pulp tale "The Harder They Come" features Jimmy Cliff as island outlaw Ivanhoe Martin. Before Bob Marley made it big stateside, Cliff took the midnight movie circuit by storm, introducing reggae to American audiences for the first time. The film not only made Cliff a star, but tells the story of reggae in a microcosm: the country boy going to Kingston to make it big,  as well as the push-and-pull of the Rasta spirituality and rude-boy swagger.

One of the most revelatory films in the entire series, and quite possibly the first feature ever made on reggae, is Horace Ové’s documentary on the genre, "Reggae," which has not shown in the U.S. in decades. The centerpiece of the film is a 1970 UK concert featuring Toots and the Maytals, Desmond Dekker, the Pioneers, John Holt, and others.  The fine people at BAMcinématek have provided me 2 free passes to the screening of "Reggae" on Saturday August 4th at 4:30 pm.   Go to the Marco On The Bass Facebook page to enter to win the 2 passes.

The entire film screenings schedule is below:

"Do the Reggae" Film Series at BAMcinématek