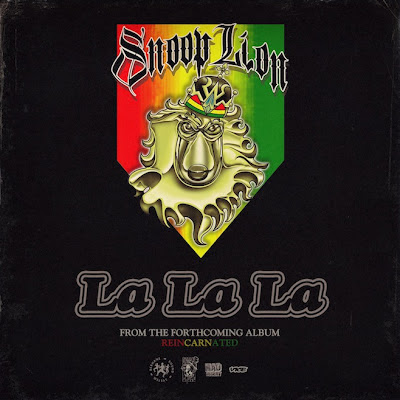 Multiple media sources are reporting that rapper Snoop Dogg will be releasing a reggae album! The LP, titled "Reincarnated," will see release later this year on the Vice label, with the rapper adopting the reggae moniker Snoop Lion.

The first single, "La La La," is now available and features production work from from Diplo, who took Santogold on a reggae inspired musical trip on the "Top Ranking" mix tape a few years back.  In preparation, he's released a single, "La La La," which you can listen to below. Snoop and his backing band -- "the Jungle" -- will perform for the first time on Aug. 3 at Toronto's Caribana festival.

"La La La" has a great retro reggae feel with modern touches, that features tasty guitar and organ riffs and an actual singing vocal track from Snoop, which is slightly auto-tuned, but not annoyingly so.  Snoop borrows Bob Marley's "who feels it knows it" lyric line as the hook for the tune and is paired with a female backing vocalist who sings the "La, La, La" chorus with him to great effect. Its definitely worth a listen and I'm looking forward to hearing a whole album of Snoop Lion reggae tracks!

I could only hear the mighty Artibella from Ken & stranger.