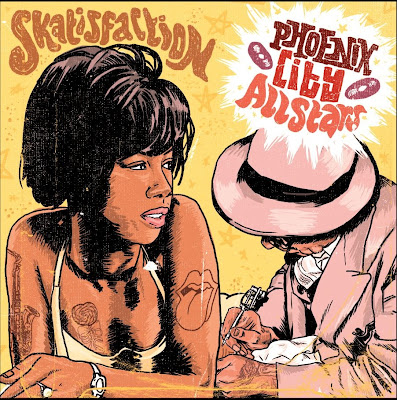 "Skatisfaction" follows hot on the heels of "Two Tone Gone Ska," released by the band last fall, which is a collection of mostly instrumental versions of classic 2 Tone tracks including "One Step Beyond", "Stereotype", "Tears of a Clown" and "The Prince," "The Selecter," "I Can't Stand Up For Falling Down," "Ghost Town," and "Too Much Too Young dub."

If you'd like to preorder a limited edition vinyl copy of the album (only 300 copies have been made and their are under 90 left) do so quickly at www.londoninternationalskafestival.co.uk/shop.   It looks like they're going to sell out before the official release in Sepetember! It's also available to preorder on CD now.

Check out "Play With Fire" below: