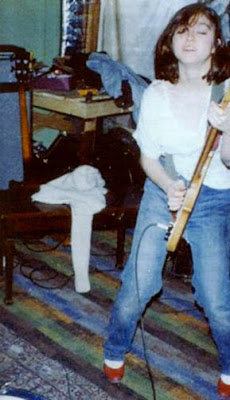 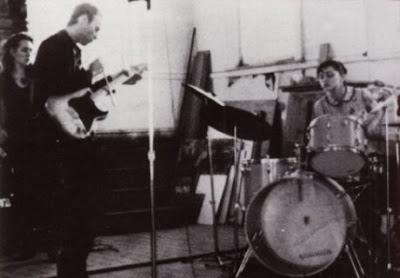 Apparently one future pop superstar was also drawn to the sound of ska while she was a member of The Breakfast Club. The band formed in New York in the late 70's around the brothers Dan (the singer) and Eddie (the guitarist) Gilroy, bassist Angie Schmit, and two recent arrivals from Michigan, Stephen Bray and his girlfriend, Madonna Ciccone (she played the drums). After a brief fling with the singing Gilroy, Madonna departed from the band on a mission of world conquest. Later The Breakfast Club had a quick hop up the charts in the mid-80's with a forgettable pop song called 'The Right Track'.
The evidence of that quick foray into ska is below. Its a simple demo with skank guitar and syncopated ska drums and Madonna's unmistakable voice which is a bit rough around the edges but has a chirpy and upbeat quality. The song almost sounds a bit like very early No Doubt take on ska.

Here is a short video about Madonna's time in New York as a punk rock drummer in The Breakfast Club:

Madonna later went on to re-record the rough demo above with her next band The Emmys. The version below has a full band including steel drums. Not a bad song.
The Emmys - Love On The Run
Thanks to Tone And Wave for download of the song and the heads up on this piece of ska music history.
Posted by Marco On The Bass at 4:01 PM

Does anyone have any idea what the song @2:12 is

Interesting stuff. Been into the 80-90 2tone and ska stuff lately but never heard that.