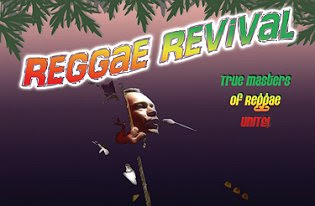 U.S.-based fans of UB40 will have a chance to size up the band's former lead singer Ali Campbell when he brings his solo project to five mid-sized venues located across the northeastern U.S. this coming August. Dubbed 'Reggae Revival', the tour will also include Junior Marvin's Wailers and Maxi Priest playing support. Ironically, Priest was originally slotted to take Campbell's place in UB40 when he announced his departure from the band in January 2008 (band keyboardist Mikey Virtue also joined Campbell in splitting with their band mates). Campbell was later replaced by his older brother Duncan Campbell as lead singer of UB40.

The bad blood between Campbell and his former band mates (including two of his brothers) still runs deep and the schism between fans who have remained loyal to the band and those who support Campbell is also a bit testy (just spend a short time on the community boards for UB40 or Campbell to get a taste of the enmity between the two camps). Much of the more current disagreements center on Campbell's band using or promoting themselves with the UB40 name (his band is actually called the DEP Band after the band's original record label). Campbell performs a mix of UB40 classics as well as his own solo material and other covers he has recorded.

Campbell released 'Great British Songs', a Labour Of Love-like album of reggaefied covers of songs by iconic British acts like The Rolling Stones, The Beatles and others late last fall. He also recorded a cover of 'Purple Rain' for a reggae version of Prince's classic album that is being helmed by members of the Fun Lovin' Criminals (who are reported to be big reggae fans). UB40 who are currently recording an album of new material, toured the U.S. last fall and also reissued a 30th anniversary remixed version of their first album 'Signing Off' (read a review of their New York City show here).

UB40 or Campbell?  I'm not choosing sides, but I may make the pilgrimage out to Westbury, NY this summer to see and hear the former singer for myself.