Roddy Byers & Lynval Golding Kick Off The Specials 2013 US Tour! 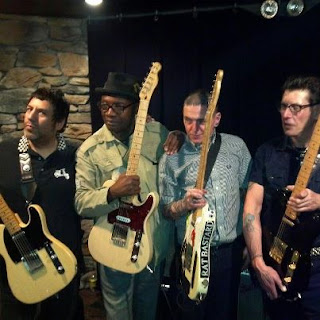 Roddy Byers of The Specials kicked off the band's 2013 U.S. tour in style last night, with a solo gig at the Cobra Lounge in Chicago where he was backed by his band mate Lynval Golding and members of The Crombies, a Chicago-based band featuring members of Deal's Gone Bad who play 2-Tone covers. The band played Roddy's solo material and dropped a few choice tunes from The Specials into the mix.

Check out smoking versions of Monkey Man and one of Roddy's own songs Blue's Attack.

Here is my review of the Chicago show by the Specials.