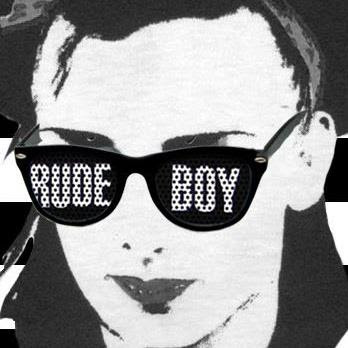 Truth be told, the twin pillars of 2-Tone ska and 80's new wave music sustained me through much of a challenging youth in 1980's. 2-Tone revealed harsh economic, social and racial injustices with a power and a fury that was undeniable but also danceable. It forever influenced my world view and moved me to learn an instrument and start a band that I've played in for 25 years.  Though I tend to be a religious secularist, I've worshipped at the Church of 2-Tone for most of my life.

While new wave retained the vigor and irreverence of 70's punk music that had fueled 2-Tone, it incorporated style and art in a way that opened my world to ideas of love, friendship, sex and fashion and helped give form to my own burgeoning identity.  I sought refuge in new wave's incredible diversity of nervy pop (XTC), synth pop (Depeche Mode, Duran Duran, Human League), new wave songwriters (Elvis Costello), pop bands (Squeeze, INXS), pop-reggae (The Police) and more mainstream rockers (Billy Idol, The Cars). Here in the U.S. 2-Tone was lumped in with new wave, so in many ways, despite their completely different musical world views they are inextricably linked in my musical consciousness. A yin and yang that forever form the soundtrack of my life.

Its also worth noting the huge impact that filmmaker John Hughes had on the music of the 1980's. The movies he made about teens, including "Sixteen Candles, " "The Breakfast Club," "Pretty in Pink," "Ferris Bueller's Day Off" and "Some Kind of Wonderful," helped changed the music that Americans listened to. Songs written for Hughes movies like Simple Minds' "Don't You Forget About Me" and OMD's "If You Leave" gained popularity on American radio stations and on the newly blossoming MTV and remain standards of that era. Hughes helped launch the entire genre of new wave into the American mainstream. 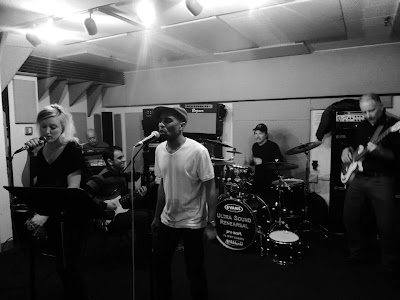 And so, after many years of thinking and talking about merging these two musical loves, I'm excited to introduce Rude Boy George, which is a collective of New York City ska musicians I've joined that includes members of my band Bigger Thomas, Across The Aisle and The Toasters. Our goal is to create ska, reggae and rocksteady versions of our beloved 80s New Wave songs! We are joined by my fellow New York City-based ska blogger Steve Shafer (Duff Guide To Ska) on vocals who shares my passion for ska and new wave.

After several months of rehearsing and converting some of our favorite new wave songs into ska, reggae and rocksteady versions we are preparing to play our first show on Saturday April 13th as part of the Electric Avenue monthly show at Characters NYC in midtown Manhattan.  We see this as a long-term endeavor and plan to enter the recording studio soon to record a few of our best songs and plan to work with former English Beat bassist Wayne Lothian who shares our love of 80's new wave and will produce the tracks. In the meantime please give a listen to rehearsal recordings of two of the songs we have embraced in a warm and loving ska and reggae hug!


If you like the idea of ska and reggae versions of your favorite new wave songs and live near New York City I hope you will consider coming to see us play. Otherwise, please also check Rude Boy George out on Facebook to hear more of our songs and keep up with us. Many thanks!

I always thought Peaches by the Stranglers could be well skanked; to me it's always about the bassline... start with a great bassline like Peaches and you're already half way there.

Agree wholeheartedly! Check out the Dub Pistols version of Peaches!