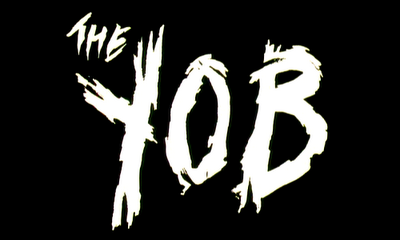 What do you get when you cross a mid-80's yuppie music video director with an Arsenal football thug and add in UB40? The Yob!

The Yob was produced by The Comic Strip, which was a collective of alternative U.K comics including Rik Mayall, Robbie Coltrane, Peter Richardson, Alexie Sayle and Keith Allen who produced a variety of TV shows, specials and films. Some of the shows were great and still stand up today nearly 25 years later, while some were only passable and are showing their age and some were utterly awful, but, if nothing else, everything the Comic Strip ever made was experimental and intriguing.

The Yob may be one the best films The Comic Strip ever produced. Using the body swap concept of The Fly, the film stars Keith Allen stars as the pretentious, coke-sniffing, money-obsessed video director Patrick Church, who while attending a UB40 gig (to meet with the band about directing a new music video), inadvertently steps into what he thinks is a portable toilet for a line of coke, but is in fact a David Cronenberg-like matter-transportation pod. His brain patterns are swapped with those of a football hooligan and mayhem ensues as he gradually becomes a racist, homophobic, boorish Arsenal football hooligan.  UB40 appear throughout the film and Allen's pop star daughter Lily (just a toddler at the time) makes a very brief appearance in the pretentious music video sequence that Allen's character directs for UB40. The film was first screened on Channel 4 in the UK in March 1988, just as UB40 were about to release their 1988 self titled LP.

As an added bonus, here is the video for the song "Hit It" that the band recorded for the film.

sadly the Yob is unavailable right here in Europe