An Interview with Chris Foreman of Madness 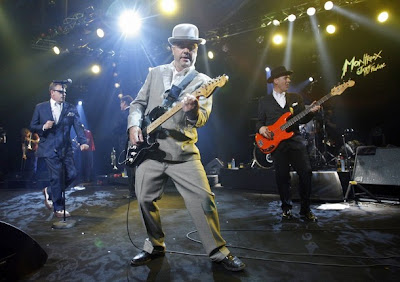 As Madness gear up to release the long and anxiously awaited for album, "The Liberty of Norton Folgate," the wonderful folks over at Madness Central have posted a fantastic interview with band guitarist and all around nice guy Chrissy Boy Foreman. The interview, which includes both the audio as well as the transcript (so you can read along at home!) is an astonishing 71 minutes long!

Finally, here is video from Chris's Flip Video (you can see if attached to his guitar strap in the picture above) of the band performing 'On The Town' live from the Hackney shows this past June and 'My Girl' from Montreaux in September. I love the "you are there" vibe!