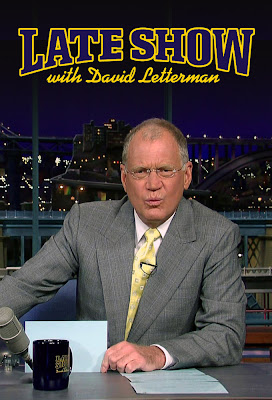 The Specials performed 'Nite Klub' on Late Show with David Letterman last night. The band was promoting the U.S. release of their 30th anniversary tour DVD.

The band arrived in New York last weekend and taped the show on Monday night. It was aired last night. I caught up with the band's saxophone player Drew Stansall and keyboardist Nik Torp after the taping and they shared a bit about the behind the scenes at the show. First, the band's crew had a 6 am call on Monday morning to set up all the gear. The band also ended up spending several hours cooped up in the show's green room which made them all stir crazy. According to Stansall and Torp, this had a lot to do with the added energy the band added to their performance. I look forward to reading band bassist Horace Panter's blog post about the whole experience.

As expected, Neville Staple did not join the band for the performance because of ongoing visa issues with the U.S. Government. The good news for Canadian fans of the band is that Staple is expected to join the band in Toronto for their two shows this weekend .

Great performance! Really. Even Dave seemed to be impressed. Makes me doubly sad that the Central Park SummerStage show was not possible.

And Drew was worried that no one could see him!